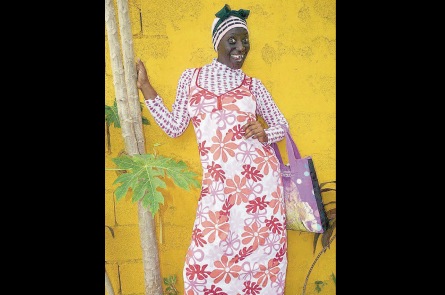 IT has been 23 years since playwright Paul O Beale created the character Delcita for his production Mr Dweet Nice.

‘She’ has been played with gusto by actress Andrea Wright in hit plays such as Granny Rule 1&2, Di Driver, Courthouse Drama, The Plummer and Ova Mi Dead Body.

The latest production, The University of Delcita, co-written by O’Beale and Wright, is currently showing at the Pantry Playhouse.

Wright spoke to the Sunday Observer last week about the character that has brought her national popularity, and challenges of local theatre.

According to Wright, producing plays in Jamaica is no laughing matter.

“Sadly, the entertainment scene mostly focuses on music and not the theatre houses. We have to source our own funding and a major part is derived from our income,” she stated.

The actress says getting a loan from the banks is arduous and producers rarely make a profit from plays.

“If people don’t get up and vote, you will lose. After pumping in lots of cash for rehearsals and costumes, etc, we have to just hope that our target falls well with the audience or one can lose millions,” she stated.

Wright is a native of Frankfield, Clarendon. Growing up in the rural Jamaica has helped her fashion the rustic mannerisms that has made Delcita a big draw.

Before getting into theatre, Wright was a teacher in the primary school system. In 1989, she got into theatre despite no formal training, making her debut in O’Beale’s Mus Mus Tail.

A guidance counsellor by profession and mother of a daughter, Wright has competed as a singer in the annual Festival events.

The University of Delceita, which opened November 1, continues this evening