U.S. Virgin Island Shows Resilience Via Soundtrack to My Getaway 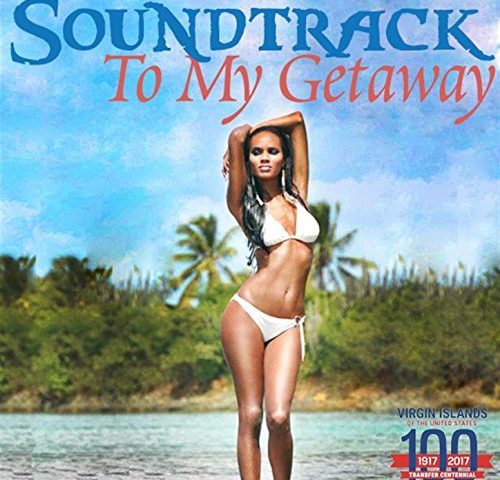 New York, NY.  Over the past few months many Caribbean Islands suffered the devastating impact of hurricanes Maria and Irma. For the U.S. Virgin Islands Hurricane Irma was their fight, which tested the strength of the people yet, showed the resilience of the island. A few months ago a multimedia entertainment company, Factory Elements released a 10-track album titled Soundtrack To My Getaway, which has become a solid body of work representing the diversity, resilience and aptitude of the U.S. Virgin Islands.

Earlier this year the U.S. Virgin Islands celebrated their centennial, better known as Transfer Day, which marked the transfer of the islands from Denmark to the United States. In recognition of 100 years of influence, Factory Elements released a commemorative project – Soundtrack To My Getaway, showcasing a variety of homegrown talent, little did they know how significant and remarkable this project would be.
From the cover of the project, which is graced by Esonica Veira a U.S. Virgin Island native who will be representing the US Virgin Islands in the Miss Universe pageant on November 26, 2017 in Las Vegas. To the legendary Jam Band who won 20 consecutive road march championships. Road march is when an artist / band musical composition played most often at the “judging points” along the parade route during Carnival. In October 2017 the arranger, musician and composer who helped make the soca sound of the Jam Band famous throughout the Caribbean died in a vehicular accident. Jam Band has been hit with a waive of tragedy, in 2005 they lost their famed lead singer, Nick “Daddy” Friday. Thus the band had to regroup and ultimately decided to change their name to The Awesome Jam Band in lieu of his death. Twelve years later the musical cohort continues, celebrating “Pokémon” a decade old song that’s been reintroduced on Soundtrack To My Getaway.
Soundtrack To My Getaway is not only a great collaborative representation of the talent from the U.S. Virgin Islands, it represents the strength of the people who reside on these beautiful islands. Despite death, disaster or unforeseen mishaps, they still push on like Esonica Veira, who will represent the USVI in front of the world this Sunday live on FOX Television. Soundtrack To My Getaway has become the musical supplement representing the continuous drive one must have to succeed in life… #VIstillnice
You can vote for Esonica Veira at https://missuniverse.votenow.tv/
The album is currently available for purchase