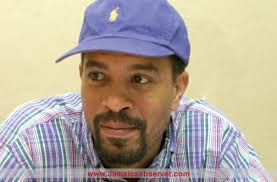 KINGSTON, Jamaica _ A Jamaican financier convicted of running a Ponzi scheme that bilked $220 million from thousands of investors across the Caribbean and central Florida has been released from prison in the Turks & Caicos Islands, officials said Friday.

Amy Filjones, spokeswoman for the U.S. Attorney’s Office in the Middle District of Florida, said in a Friday email that the U.S. government is now “actively seeking to extradite” David Smith from the British territory to serve out his 30-year federal sentence.

In March 2011, Smith agreed to waive extradition when he pleaded guilty to 23 counts of fraud and conspiracy in federal court in Orlando. Months earlier, he had been sentenced to 6 1/2 years in Turks & Caicos after pleading guilty to money laundering and conspiracy to defraud. Florida prosecutors said he could serve the sentences concurrently, so Smith has more than two decades still to serve in the U.S.

Althea Been, a spokeswoman for the Turks & Caicos premier’s office, asserted Smith had finished his prison sentence on time and denied local media reports that he was released early for good behaviour. She said a police spokesman could comment on specifics regarding Smith’s release and extradition, but that official’s phone went unanswered Friday.

For years, the high-flying Smith was an influential figure in Jamaica before courts in two other countries exposed him as a fraudster. He built his Olint investment group by pooling money supposedly for currency trading. But instead of investing money in trades, Smith used his clients’ cash to pay off redemption requests from other investors and funnel money into his personal bank account.

His U.S. plea agreement said Smith used investors’ money to make a down payment on a Lear jet, sponsor a popular jazz festival in Jamaica, and contributed millions to the island’s two major political parties and several prominent individual politicians.

In 2006, Jamaica‘s Financial Services Commission raided his Kingston offices and barred it from operating in the country, prompting Smith to move to Turks & Caicos, where he bought a $2 million house. But Jamaican politicians continued to take his campaign contributions.

The leadership of the ruling People’s National party has acknowledged it received $1 million from Smith but chairman Robert Pickersgill has said party leaders did not believe they were obligated to return a cent to repay jilted investors because the financier had not been revealed as a crook when they accepted the cash. “From a moral standpoint, we do not feel compelled to return the money,” Pickersgill told The Associated Press in 2012.

Smith was also cozy with the former jet-setting Turks & Caicos Premier Michael Misick, who was arrested in Brazil in 2012 on a warrant issued by Interpol and faces trial in the Turks & Caicos on corruption charges.

A Turks & Caicos newspaper said Smith was spotted Wednesday with his wife and lawyer at a popular tourist bar shortly after being released from prison. The lawyer, Oliver Smith, declined comment to AP.