UN report: More than 25,000 foreigners from over 100 countries fight with terrorist groups 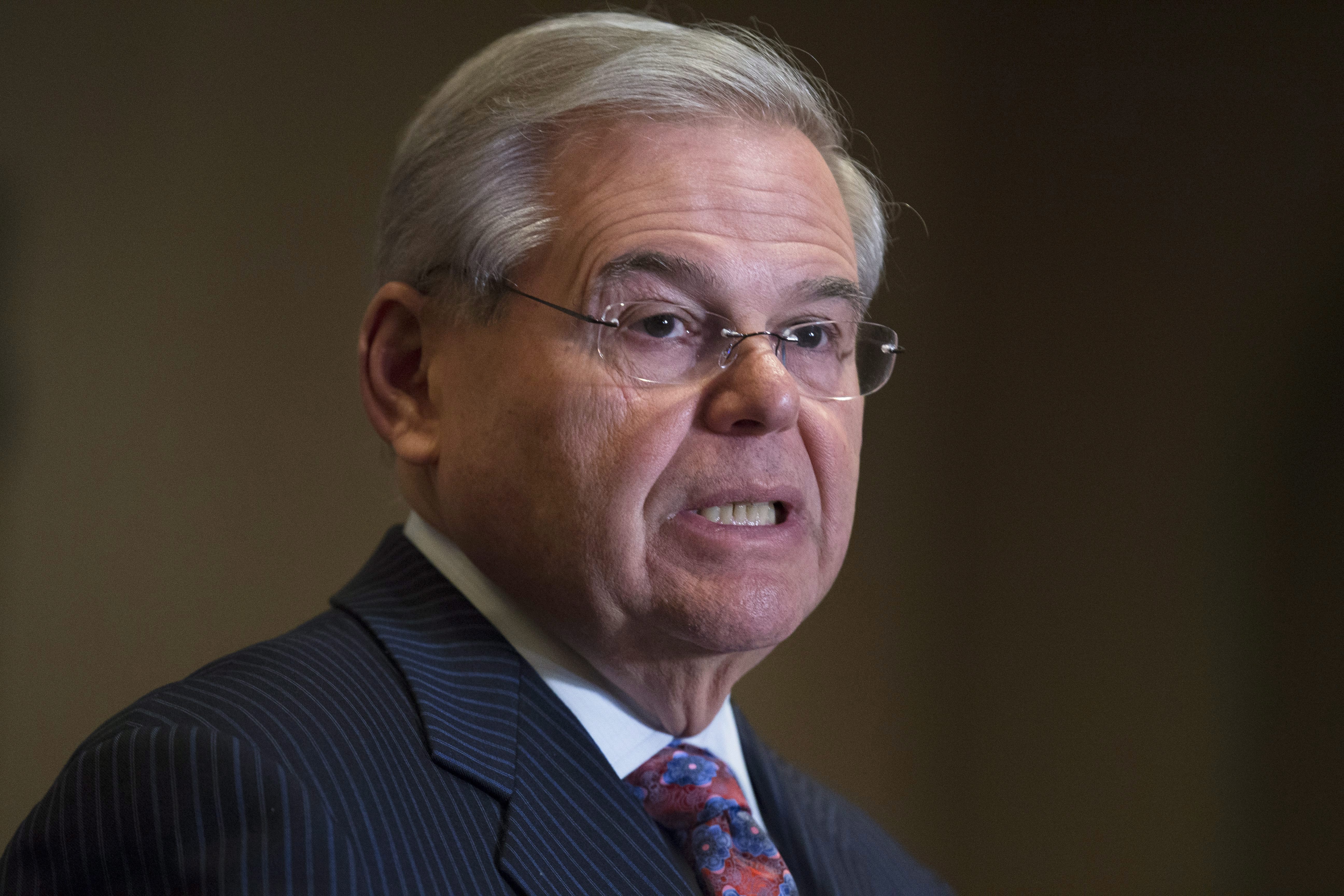 By Eric Tucker And Sean Carlin

WASHINGTON _ Sen. Bob Menendez, the son of Cuban immigrants who rose to become one of the highest-ranking Hispanic members of Congress, was charged Wednesday with accepting nearly $1 million worth of gifts and campaign contributions from a longtime friend in exchange for a stream of political favours.

Menendez predicted he would be “vindicated” and said “this is not how my career is going to end” in a defiant statement in front of reporters and cheering supporters Wednesday evening.

“I am not going anywhere. I’m angry and ready to fight because today contradicts my public service and my entire life,” he said.

A federal grand jury indictment accuses the New Jersey Democrat of using the power of his Senate seat to benefit Dr. Salomon Melgen, a wealthy Florida eye doctor who prosecutors say provided the senator with luxury vacations, airline travel, golf trips and tens of thousands of dollars in contributions to a legal defence fund.

Menendez is to appear in federal court Thursday.

The indictment clouds the political future of Menendez, the committee’s former chairman, who has played a leading role in Congress on matters involving Iran’s nuclear program and U.S. efforts to improve ties with Cuba. The son of Cuban immigrants, he has risen to become one of the highest ranking Hispanic members of Congress.

A person familiar with Menendez’s situation, who was not authorized to discuss the senator’s plans publicly, said Menendez would voluntarily and temporarily step aside from his role as top Democrat on the committee.

Menendez becomes the first sitting U.S. senator to be indicated in seven years. Melgen also was charged in the case.

Sen. Chuck Schumer defended his Democratic colleague, saying: “Bob Menendez is one of the best legislators in the Senate and is always fighting hard for the people of his state. I am confident he will continue to do so in the weeks and months ahead.”

The indictment was the latest development in a federal investigation that came into public view when federal authorities raided Melgen’s medical offices two years ago. The investigation focused on whether the senator had improperly advocated on Melgen’s behalf, including by intervening in a billing dispute involving a government health program.

Menendez has acknowledged that he flew multiple times on Melgen’s private jet to the Dominican Republic and initially failed to properly pay for the trips. Menendez in 2013 agreed to reimburse Melgen $58,500 for the full cost of two flights.

Last year, Menendez disclosed that his campaign accounts had paid a law firm $250,000 for legal costs related to investigations by the Justice Department and the Senate Ethics Committee of his ties to Melgen.

Menendez has acknowledged taking actions that could benefit Melgen, among them contacting U.S. health agencies to ask about billing practices and policies.

But the lawmaker has said he did nothing wrong and that he and Melgen have been friends for decades.

Melgen came under renewed scrutiny when government data last year showed he had received more in government medical reimbursements in 2012 than any other doctor in the country.

Menedez joined the Senate in 2006 after serving more than a decade in the House of Representatives.