US trans Atlantic rower robbed of food, passport near Haiti

US sends senior diplomat to Haiti, seeking to resolve impasse that has delayed elections 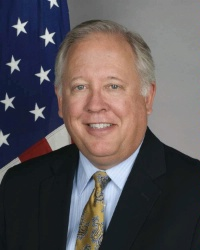 PORT-AU-PRINCE, Haiti _ The United States sent a senior diplomat to Haiti on Thursday to help resolve a political impasse blocking long-overdue legislative and local elections in the Caribbean country.

Thomas Shannon, counsellor to U.S. Secretary of State John Kerry, met with Prime Minister Laurent Lamothe, members of Parliament, representatives of political parties and others as pressure mounts to hold elections before Parliament is dissolved early next year.

Shannon declined to comment to reporters as he left a meeting at Parliament.

President Michel Martelly was supposed to call elections in 2011 for a majority of Senate seats, the entire Chamber of Deputies and local offices. But he hasn’t done so because the Senate has yet to approve an electoral law authorizing the vote.

The Chamber of Deputies has approved the legislation, but it is being held up in the Senate by six senators who have blocked a vote for more than six months, arguing it is unconstitutional and favours the government.

U.S. and U.N. officials have been pressing for a resolution before January, when the terms of a majority of the Senate expire and Parliament will be dissolved.