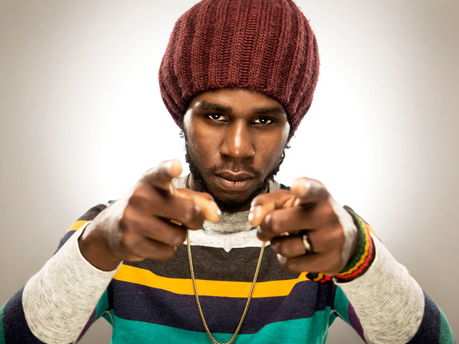 Credited as one of the major forces in the Reggae Revival Movement, Chronixx recently returned to the island after two successful tours which saw him performing in the United Kingdom as well as the United States.

Chronixx, after what was his first US promotional tour, told The Gleaner that it is always overwhelming to see the response of the audience to reggae music.

Though he is one of the most in-demand artistes, Chronixx along with his Zincfence Redemption Band is adamant about accepting the right kind of shows.

Prodded about whether or not he would do an event without his band, he toldThe Gleaner that he would … but only under certain conditions.

“Of course, I would do a show without my band … but they would have to be there because we are a team, a family. It also wouldn’t be a full performance. Mi nah fight nobody whe do track shows but everybody have dem own vision,” he said.

Questioned as to whether he has encountered added pressure to produce music and remain atop the genre, the artiste said this was not so.

KEEPING UP WITH DEMANDS

“Musically, no, because I don’t have problems making music. Music gets better as you grow. What you will always find hard is to keep up with people’s expectations, but you have to try make people happy, especially the people around you. All of that comes with a lot of demands especially people who haven’t spoken to you in years. Dem nah ask if yuh healthy or if yuh alright, dem a call fi tell you say dem want start a business so if you can give them $500,000. Mi never make that money in my life yet. I never get $500,000 inna my hand fi myself yet. So you really can’t please everybody.”

Having travelled and toured many countries, Chronixx has witnessed first hand the power of reggae music.

“Dem need fi issue more visa to Jamaican people mek dem go out and see the world and see that Jamaican music is what the world wants. We in a debt like everyone else but we suicide rate not as high. A man just need fi hear some music and him good.

“Really and truly mi just a make some music. In life you just haffi tek tings slow and just do what u haffi do,” the artiste told The Gleaner.

For the original report go to http://jamaica-gleaner.com/gleaner/20131106/ent/ent2.html