US unveils first plan of its kind to fight drug trafficking in Puerto Rico, US Virgin Islands 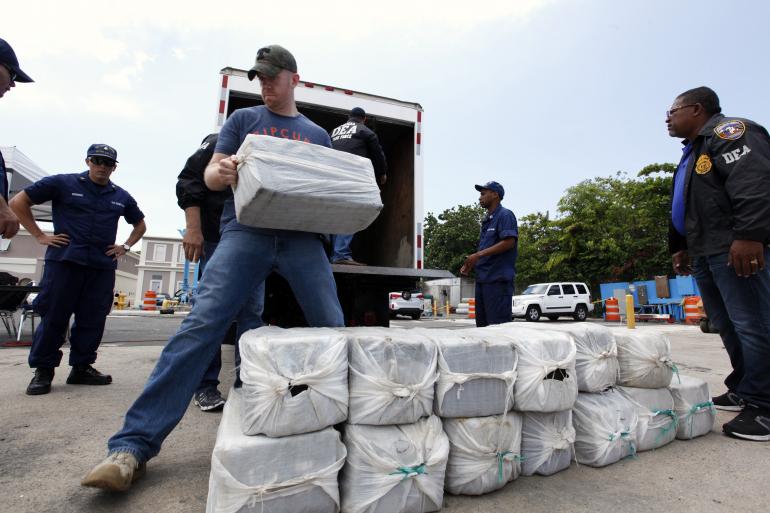 SAN JUAN, Puerto Rico _ The Obama administration unveiled a new plan Friday to fight drug trafficking in Puerto Rico and the U.S. Virgin Islands amid concerns that the flow of cocaine from the Caribbean to the U.S. has more than doubled in the past three years.

It is the first federal plan of its kind that outlines the steps federal authorities are taking and will take to crack down on drug trafficking specifically in both U.S. territories. It outlines six strategies, including sharing more intelligence, collaborating with local law enforcement and reducing drug-related violent crimes in the two territories.

Some 100 tons (91 metric tons) of cocaine passed through the Caribbean in 2013, far above the 42 tons (38 metric tons) of 2011, the plan said. It was the highest documented cocaine flow since 2003, according to the 2014 Caribbean Border Counternarcotics Strategy.

“We were not paying the attention we should have been paying,” U.S. Rep. Jose Serrano of New York told The Associated Press in a phone interview. “I kept saying, we have another border… it’s our territories.”

Serrano, along with Puerto Rico’s non-voting congressional delegate, Pedro Pierluisi, pushed for a bill that became law last year requiring the creation of the federal plan that will be updated every two years.

“We have always been an afterthought when we shouldn’t be,” Pierluisi said, adding that at least 90 per cent of the drugs that enter Puerto Rico end up in the U.S.

Officials attributed the increase in cocaine trafficking partly to tougher surveillance along the U.S.-Mexico border, a decrease in the use of planes following tighter air control in Venezuela and the Dominican Republic, and the success of go-fast boats from South America to the Caribbean.

Officials found that Puerto Rico and the Dominican Republic are the main distributors of cocaine in the region, with suspects relying on go-fast boats, ferries, yachts and even cruise ships to transport drugs.

Financial crimes also have increased in the Caribbean as a result of the spike in drug flow, authorities said. Cash seizures at Puerto Rico’s main international airport are at an all-time high, according to the plan. The Drug Enforcement Administration seized nearly $2.9 million in fiscal year 2013, compared with $1.5 million the previous year. It is unclear how much cash the DEA had seized all across the U.S. territory in recent years.

Drugs are blamed for more than 80 per cent of killings in Puerto Rico, where about 300 of the 333 public housing projects are controlled by traffickers, officials said.