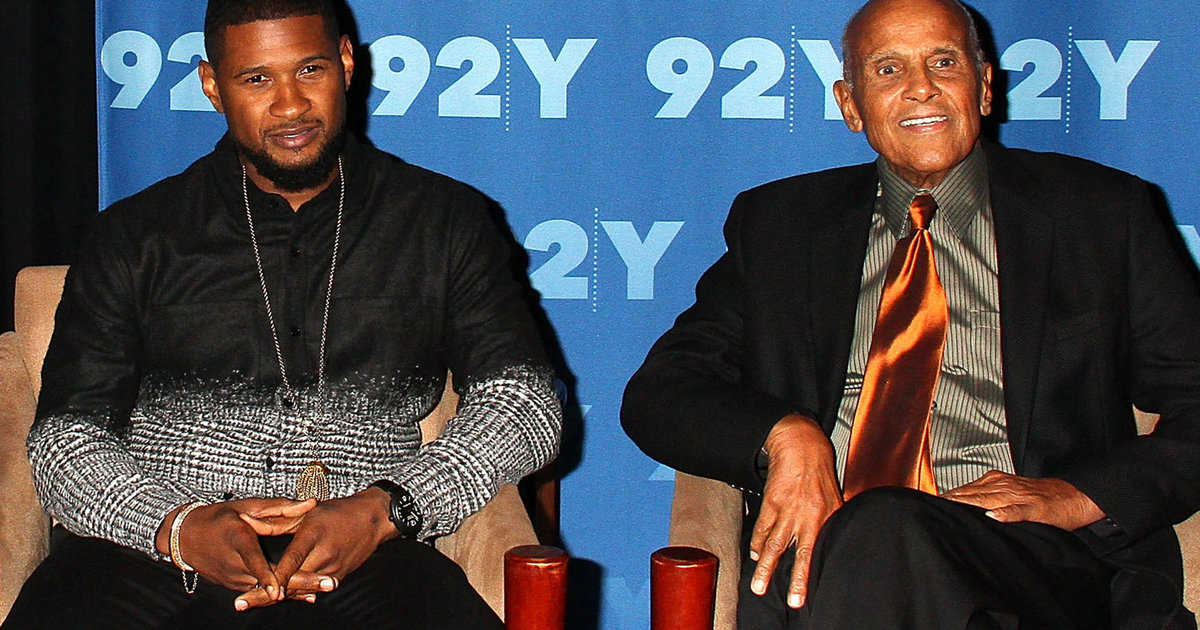 NEW YORK _ As he considered his growing commitment to activism, Usher only needed to look at the man seated next to him, Harry Belafonte, to know how much more he could give.

“Unfortunately, no matter what I say I’m never going to be able to upstage (Belafonte),” the million-selling musician joked during a weekend appearance at the 92nd Street Y in Manhattan.

In an hourlong conversation moderated by Soledad O’Brien, the 37-year-old Usher and 88-year-old Belafonte related with obvious warmth to each other as fellow artists, activists and celebrities and as elder statesman and protege.

Usher called Belafonte a hero, mentor and father figure. And Belafonte spoke far more positively about young black celebrities than he did two years ago when he chastised Jay Z, Beyonce and others for turning “their back on social responsibility.”

At the 92nd Street Y, Jay Z was in the audience nodding his head as Belafonte praised him, Usher and Common for renewing a commitment to change after a “very me” generation immediately following the civil rights era.

“I’m glad I lived long enough to see this emergence,” he said.

Usher has a new single out, “Chains,” which protests racism and police violence. “Chains” features cameos by Nas and Bibi Bourelly, and an interactive video that stops playing if you turn away from the images of Michael Brown, Eric Garner and other black men who were killed recently. The video was made with the assistance of Belafonte and his non-profit organization www.sankofa.org, which supports social engagement by artists.

“This conversation comes at a time when I think it’s a necessity for us as artists to use our platforms in a significant way,” Usher said, adding that Belafonte and his peers “used everything they’ve got, or they had, in order for us to have that platform.”

Speaking before an admiring, multigenerational crowd that often called out praise and encouragement, Belafonte assumed the role of teacher, summarizing the history of black resilience dating back to slavery and defining the power of art as a way to slow “the rush to the bank.” He has criticized President Barack Obama in the past as too cautious and at the 92nd Street Y ridiculed Obama’s campaign slogan “Yes We Can.”

“The political cleverness, if you want to call it that, (is) the sentence was never finished,” Belafonte said. “Yes we can what?”

Usher, meanwhile, was eager to complete that sentence. He became tearful as he spoke of making the country “a land of hope” and seemed to be asking himself as much as anyone where any future movement might lead.

“I’m inquisitive in my young age,” he said, calling “Chains” the beginning of a conversation. “When do we really face the issues that are within our system?”

Near the end, the subject briefly turned from politics and social causes when an audience member asked if Usher and Belafonte would sing together. Usher was doubtful, noting that he had tried in vain to get Belafonte in the studio. Belafonte had a simple, sad explanation: He had a stroke ten years ago that weakened his vocal cords.

“In that context, I am not about to let the last thing you remember me (by) is trying to croak out a song,” he said, to laughter and applause.