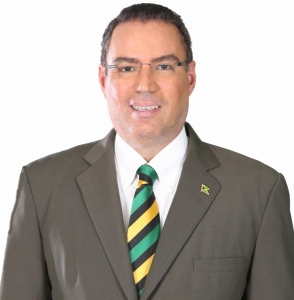 Re-elected Member of Parliament for West Portland, the Jamaica Labour Party’s Daryl Vaz, is dismissing as unfortunate and baseless, outgoing justice minister Mark Golding’s claim of hypocrisy and vindictiveness on the part of the incoming JLP administration in barring the sale of motor vehicles to outgoing PNP ministers that were being used during their tenure.

Mr. Vaz says the move is aimed at saving taxpayers millions of dollars, as the incoming JLP Government is willing to utilize the used motor vehicles, which cost the public over $60 Million in 2012, in demonstrating sincerity regarding fiscal discipline and sharing in the sacrifice the public is called upon to make. “The breaking of this ‘customary practice’ that even former members of the last JLP administration benefited from in the past, is a direct sign of change and that the new Andrew Holness-led administration will not subscribe to cherished practices that are not in the best interest of the economy and the people Jamaica,” Vaz outlined.

The West Portland MP said: “I find Mark Golding’s comments quite disturbing and disingenuous. I would wish to point out to him that outgoing finance minister, Dr. Peter Phillips, took the decision to not issue the customary 100 motor vehicle duty concessions to each of the major political parties. Attention must also be drawn to the fact that all Members of Parliament and Senators were entitled to a motor vehicle duty concession during the parliamentary term and were free to access that entitlement. The fact that Mark Golding and the PNP were so confident of victory in the general elections that many of them did not utilize the duty concession to which they were entitled is no fault of the JLP.”

Mr. Vaz said: “Based on the campaign the JLP ran and the mandate we have been given by the people of Jamaica, it is critically important not just talk the talk but walk the walk in terms of how we govern. Mr. Holness’ decision to keep the motor vehicles that were being used by the outgoing ministers is a prudent decision, especially when one considers it against the backdrop of the economic hardships confronting the country at this time. For an incoming minister to use a 3 year old motor vehicle in the execution of his ministerial duties is not an unreasonable proposition. Those vehicles are still quite reliable and as such the decision by Prime Minister-designate Andrew Holness is a sound and responsible one.”

Mr. Vaz continued: “What is in fact hypocritical in all of this is that, the PNP, which based its entire campaign on what it heralded as its disciplined management of the nation’s finances, sought to portray the JLP as a party of fiscal recklessness whose proposals and policies would ruin the economic reform programme. How can it be that the very same set of people, including Mark Golding, who were engaged in scare-mongering by suggesting that the JLP would be irresponsible in managing the nation’s finances, now turn around and accuse the newly-elected Government of being hypocritical and vindictive in its decision to bar the sale of motor vehicles to the outgoing ministers? The directive issued by Mr. Holness is testament to the fiscal discipline to which we are committed and we leave the people of Jamaica to judge whether the move is one that is driven by vindictiveness as Mark Golding claims, or one that is based on our commitment to fiscal discipline and saving money wherever it can be saved.”

The savings from not selling relatively new SUVs bought less than three years ago at a cost of about 5 million Jamaican dollars then, and with a useful shelf life of at least 10 years appears to be the motivation for the policy change. The PM led Holness administration was forced to put extravagance aside and opt for frugal use of scarce resources.

Replacement cost would almost double as prices have gone up due to devaluation of the Jamaican dollar in relation to say other foreign currencies … these are all imported products.

“These vehicles would have been disposed of at pennies in the dollar” an insider told Vision. “Less than at a fire burn prices … dog cheap, as if unserviceable, as junk or something like that”. That type of system is a no no in a tight fiscal environment.

Some potential recipients of these vehicles, cry foul, as they see this sale to them as pay back or as a benefit for services rendered.

Reports unconfirmed so far, are that over sixty high end vehicles were bought for members of the PNP government or their associates.

We are too deep in debt to live in such luxury. Let us forget the politics for a moment and put Jamaica first this time. This matter calls for patriotism as our survival is at stake.