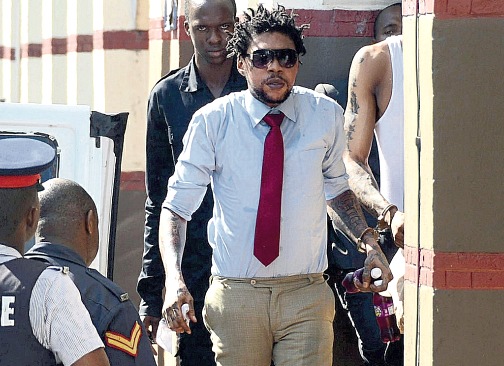 The noted songwriter and performing artiste was convicted for murdering Clive Lizard whose body was never found.  Vybz is commonly referred to as the world boss.  He was rushed to hospital disguised with a white sheet placed over his head as he scampered from an ambulance which took him from prison to the hospital.

Vybz Kartel has asked the Appeal Court through his lawyers Tom Tavares-Finson et al to put aside his conviction for murder.  The appeal has been heard and a decision is awaited.

There have been persistent rumours that despite being incarcerated the World Boss continues to record hit songs.  This apparent corruption of the Correctional Services (prisons) has not been explained  by authorities or even corrected.

It is reported that Kartel has a thyroid gland complaint.

We wish him a speedy recovery and an early decision from the Appeal Court.

By Hopeton O’Connor-Dennie is SIC for Vision Newspaper