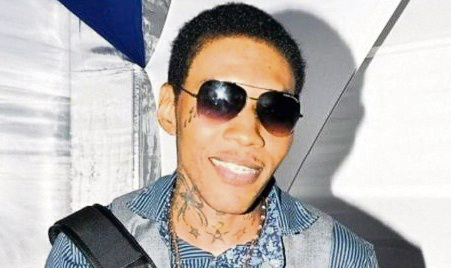 As supporters of dancehall fallen star, Vybz Kartel await his appeal, the very talented dancehall star must wait indefinitely to see if the super slow legal system which makes a snail appear to be like a Usain Bolt based on the court’s recent pace.

As you will recall dancehall artiste Vybz Kartel was dealt a grievous body blow when its rising star now a fallen star was convicted for murder after a long and sensational trial which for the first time Jamaica saw the extensive use of legally obtained intercepted electronic data employed to ferret out crucial evidence not otherwise obtainable … due to the bizarre circumstances of the case. With no body to date having been found …

What is not in dispute is that a murder was committed, no body, no weapon and very little concrete evidence in hand. People not talking to authorities .. as authorities scrambled to secure vital pieces of evidence … with a society on edge as the judicial system with limited resources and expertise try to climb Mount Everest with antiquated equipment to carry out such a monumental task.

Alas! Achieve they must, as failure was not an option … too much was at stake.

With a public growing weary of a failing criminal justice system in Jamaica and a perception that those with money and power virtually get away with murder … the stage was set for a showdown. It appeared to me that it was not only the Vybz that was on trial but the system also. Here was a “big fish” caught in the legal net and should not be allowed to slip through and get away. There was a crisis of confidence which had to be caurterized. Conviction was achieved and as they say, the rest is history. The police, the prosecutors, the jury and the judge all performed superbly … not because they secured a conviction but because they appeared to be a fixity of purpose. Many sighed a sigh of relief as many others left licking their wounds. In my over half a century on earth … nothing close to this came to my attention in Jamaica.

You may be asking the million dollar question what next? What about the appeal? … the only glimmer of hope to legally get another proverbial bite at the legal cherry so to speak.

Kartel continues to record hits after hits even as he is incarcerated in a maximum security facility serving time for murder in Jamaica W. I. The artiste registered as Adidja Palmer is better known as Vybz Kartel. He celebrated a birthday recently.