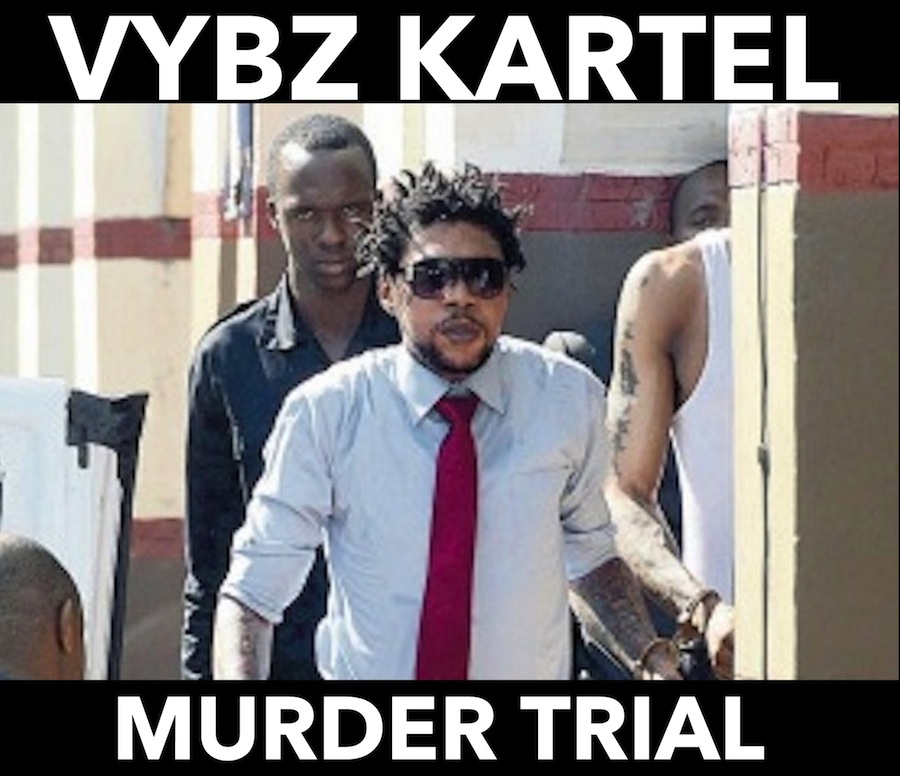 The highly publicized trial is now in its fifth week and is nowhere near a verdict.

Kartel, whose real name is Adidja Palmer, is on trial for the alleged murder of Clive “Lizard” Williams. The dancehall star is jointly charged with Shawn “Storm” Campbell, Kahira Jones, André St John, and Shane Williams.

According to law enforcement authorities, Williams was beaten to death by the accused men on August 16, 2011 at a house in Havendale, St. Andrew. Police theorized that Williams was killed over a missing illegal firearm belonging to Vybz Kartel.

In court today former head of the Jamaica Constabulary Force’s Cybercrime Unit, Patrick Linton, will continue to give testimony behind closed doors. Hence, there will be no media access to today’s proceedings.

For the original report go to http://urbanislandz.com/2013/12/16/vybz-kartel-trial-day-21-live-updates-no-jury-in-court/