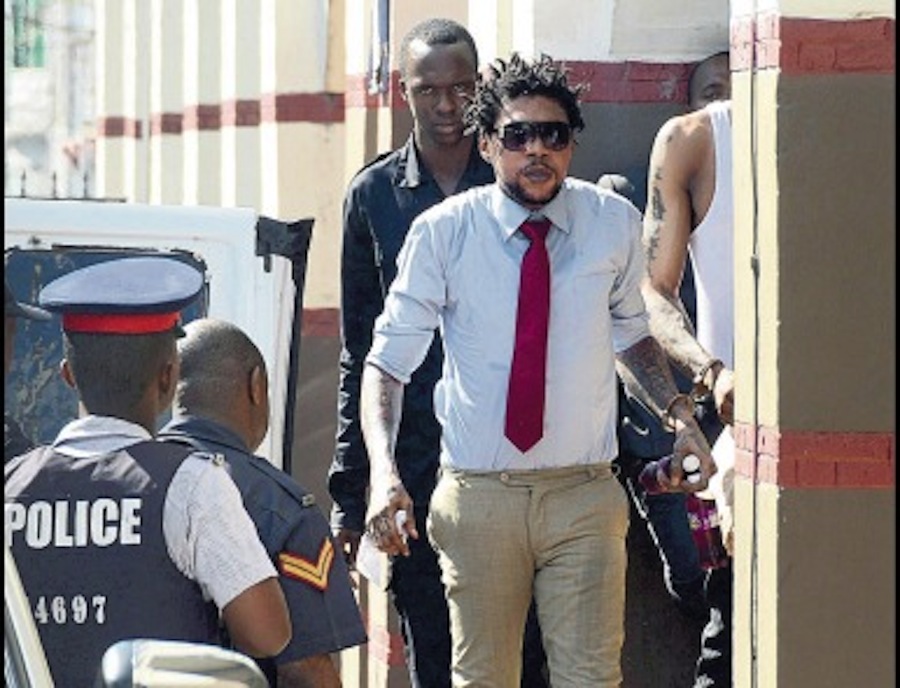 Yesterday saw some major development in Vybz Kartel’s murder case that is now before the Home Circuit court in Kingston.

Two senior superintendent of police took the witness stand to recount the operationsthat lead to Vybz Kartel and his co-accused arrest.

Superintendent of police Cornwall Ford was cross-examined by defense attorneys Tom Tavares-Finson, representing Vybz Kartel, and Miguel Lorne, representing Shawn “Storm” Campbell. Finson asked Ford if he had notified the press of the massive police operation that brought Vybz Kartel into custody, to which he said, “I had no communication with the press.”

On the day of Kartel’s arrest on September 30, 2011, there were a lot of TV camera men and other members of the media.

Tavares-Finson told Ford that it was a ply by the police force to prejudice the case against his client.

There were also reports in the media claiming that police officers say there was a burnt decomposed body found in the burnt down house in Havendale, St. Andrew. However, the senior police officer say he is not authorized to speak on behalf of the police force.

Clive Williams’ sister, who was very emotional on the witness stand, told the court that her brother and Shawn “Storm” Campbell were close friends when asked by attorney Lorne. She said he appeared in some of Shawn Storm’s music videos and the dancehall star was trying to give him a “buss.”

The trial is currently underway in court.

Popular Senior Superintendent of police Cornwall ‘Bigga’ Ford took the witness stand moments ago and was grilled by the defense attorneys about the large presence of the media when Vybz Kartel was arrested in 2011.

Bigga Ford denied that it was a conspiracy by the police department to prejudice the case to increase the chance of a conviction.

For the original report go to http://urbanislandz.com/2013/11/22/vybz-kartel-trial-day-5-live-updates-defense-grilled-police-officers/