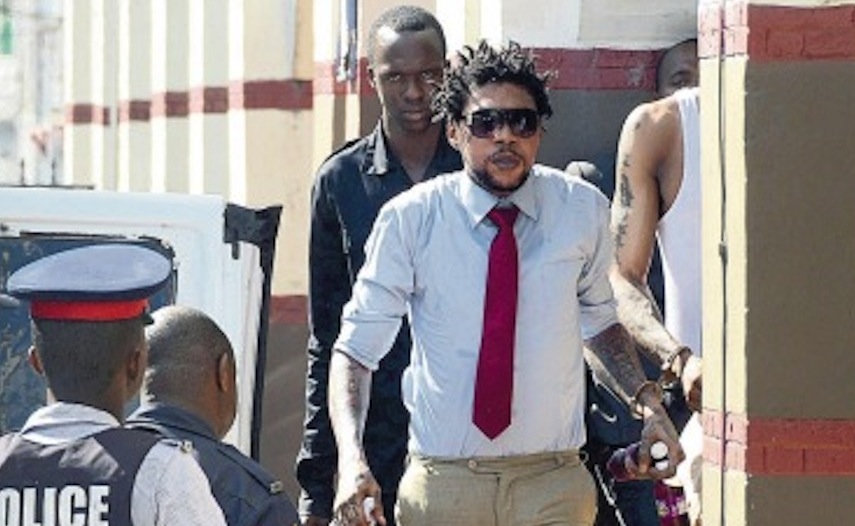 Vybz Kartel and his co-accused is currently in court for day six of their ongoing murder trial.

The “Dancehall Hero” deejay is on trial for the alleged murder of Clive “Lizard” Williams, who cops say was beaten to death at a home in Havendale, on August 16, 2011, just over a month before Vybz Kartel was taken into custody.

Forensic fire expert, Nicola Brown Baxter, testified in court today that she believed fire was set to rooms at the home in Havendale, St. Andrew where Clive Williams was allegedly murdered.

She told the court that the fire started in the garage and lead to the living room and then the bedrooms.

Last week a police officers testified that no burnt or decomposing body was found in the home, contrary to previous reports in the media.

Clive Williams body has yet to be found.

Police officer Wendell Reid took the witness stand and told the court that that the victim’s sister gave him a missing person report.

Corporal Abebe Pitt, who also took the witness stand, told the court that he received a number off cellphones from one of his superior which he took to the cyber crimes unit for analysis.

During testimony last week a senior police officer told the court that approximately fourcellphones was taken from Vybz Kartel during his arrest and another dozen more was found in one of his home that they searched.

For the original report go to http://urbanislandz.com/2013/11/25/vybz-kartel-trial-day-6-update-fire-expert-testified/