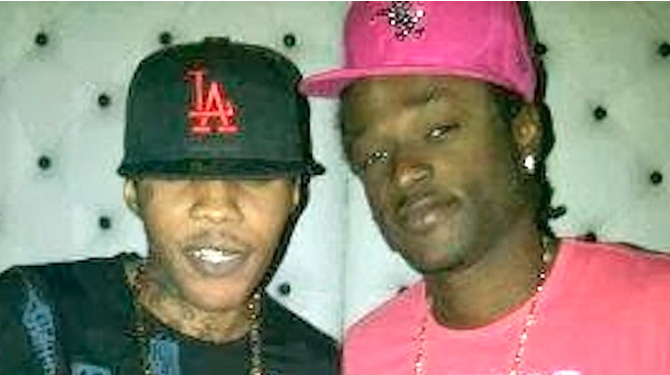 Perhaps the biggest development in Vybz Kartel and his co-accused murder trial are the text messages revealed by the prosecution yesterday in the Home Circuit court.

Today, Detective corporal Shawn Brown, who made a PowerPoint presentation of thetext messages yesterday, read out more text messages in court this morning

On August 17, 2011, a day after the alleged murder took place in Havendale, Shawn Storm reportedly sent a text to an unknown person sayin, “A di bwoy brown tief dem and run weh.”

In another text message Shawn Storm sent a text message saying he don’t know why they running if they did nothing wrong.

four days after the alleged murder, on August 20, 2011, Shawn “Storm” Campbell sent a text to the same unknown individual asking if he had hear that Clive Williams had ran away.

Vybz Kartel, whose real name is Adidja Palmer along with Shawn “Storm” Campbell, Kahira Jones, André St John, and Shane Williams are all on trial for the alleged murder of Clive Williams.

Police say Williams was beaten to death over two missing guns. His body was never found.

For the original report go to http://urbanislandz.com/2014/01/14/vybz-kartel-trial-shawn-storm-texts-says-clive-williams-ran-away/