TURN IT UP LOUD! 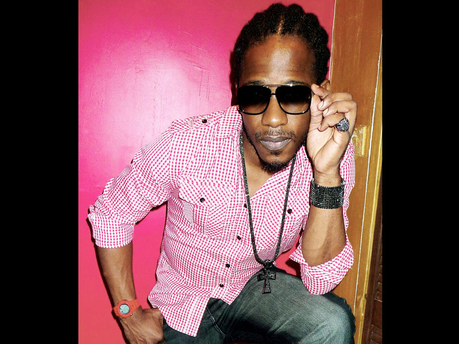 Reggae artiste Wayne Marshall is asking regular Jamaicans and the Government to be more considerate about the welfare of the numerous homeless children and adults lurking in the corners of the city of Kingston.

According to the artiste, who is now signed to Ziggy, Stephen, Julian and Damian Marley’s Ghetto Youth International record label, it is a sad feeling to see the growing number of homeless Jamaicans.

“As a Jamaican, it’s a horrible feeling that so many people are on the corners begging. I always give them a little of what I have when I can. I even know some of them on a first-name basis because

I interact with them,” the artiste said.

Wayne Marshall is also asking that other Jamaicans extend more courtesy to the homeless, saying that if they had another avenue to survive, they wouldn’t be sleeping on the streets.

The artiste is also recommending that the Government address the issue before it reaches a level that is almost impossible to contain.

“There are a lot of areas that the Govern-ment needs to pay attention to, but the homeless need to be put in a safe place. I went to Nigeria and as soon as the bus approached a certain area, about 50 homeless kids were running it down and begging. I fear Jamaica could reach that level,” he said.

Marshall, who is also promoting his new EP called Tru Colours, said until the Jamaican Government starts addressing the problem, regular Jamaicans should play their part by expressing kindness when they are in a position to do so.

The artiste identified the family as the element which can either prevent or facilitate the growth in number of the homeless.

Marshall is, therefore, appealing to adults to carefully plan how they will finance having a family.

“The fathers and mothers have a role to play. These homeless kids have or had parents at some point. Parents must now gauge themselves on how much children you can manage – one man all have four kids and don’t know how he will support them. There is also an issue of teenage pregnancy, which might be a cause as well,” he said.

In 2011, the Jamaica Social Investment Fund donated $65 million for the building of a shelter for the homeless at a location identified on King Street, downtown Kingston.

Former mayor of Kingston Desmond McKenzie had made the announcement at the launch of The Salvation Army’s 2011 Kettle Appeal at Scotiabank’s downtown head office.

McKenzie had estimated that there were about 1,500 homeless persons in Kingston and St Andrew and that 600 of that number were located downtown Kingston.

The former mayor also promised to ensure that the project became a reality, regardless of his position in office. The Gleaner tried to contact the former mayor for an update on the shelter, however his phone rang without answer.The Gleaner found the same problem when attempting to contact Mayor Angela Brown-Burke.

Tru Colours is scheduled for a November 26 release.