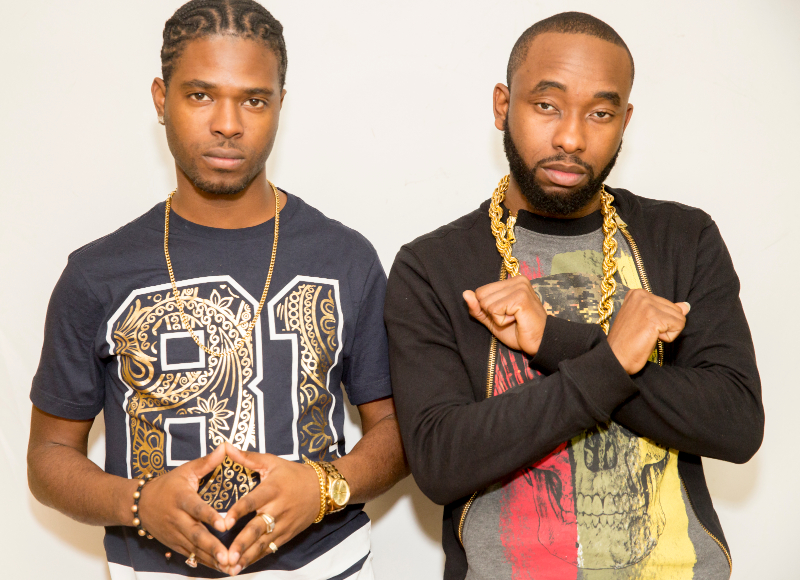 The event organized by Carrie Mullings host of Rebel Vibez Radio on 105.5FM CHRY, took place at the popular trendy Sunday event FLUXX in Toronto, Canada. For the past year, FLUXX has hosted some of the most popular names in dancehall and reggae music such as Demarco and Gyptian among many. But on Sunday, February 8th, the night belonged to Don Dem. Their hit single who held the #1 spot and charted for over 19 weeks on Rebel Vibez Radio brought to patrons a nostalgic feelings of a favorite dancehall era. JUNO Award nominated for Reggae Record of the Year, “Love Inna Wi Heart” on the “Galang Riddim” was build by D&H and produced by French based Galang Records. A tribute to the dancehall sound of the 90’s, “GalangRiddim” also features the iconic Mad Cobra, Agent Sasco a.k.a Assassin, Charly Black and Gappy Ranks.

“Kirk Diamond & Bob Da Builda from DON DEM have the recipe for authenticity when it comes to dancehall Vibez. “Love Inna We Heart” is a classic hit and the supporters inside FLUXX Sundays clearly have the 2015 Juno Nominees for Reggae Recording Of The Year WAY UP on a pedestal!” – Carrie Mullings (Rebel Vibez)

Humbled by the support of the crowd, Bob Di Builda stated “Last night was fun, Toronto came out supporting and showing my team alot of love treating us like winners and not nominees. We did a short blazing performance. we made up di place lol. I think that the Toronto dancehall fraternity is very proud rite now of Don Dem“

Kirk Diamond echoed the sentiment, and chimed in with a few words “It was a great turn out from my city. I truly love and appreciate how everyone showed their love and support for Don Dem and for the music. Last night was looking more like a victory celebration than anything else.”