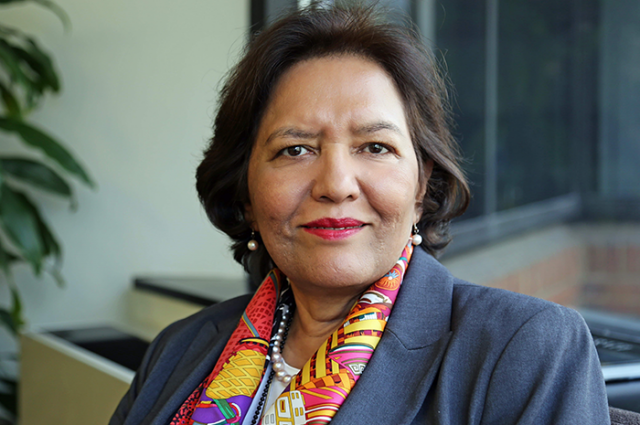 Addressing journalists during a recent visit to the island, Mrs. Sayed said the development is positive.

She noted that several economists making presentations on the Caribbean at a recent World Bank conference in Miami, indicated that the regional states were capable of generating significant growth.

“At this point, we are looking at a two per cent growth trajectory but the islands have the potential to generate much more… particularly as they are service-oriented economies (as against) commodity-based countries…for which it is going to be more challenging,” she pointed out.

Mrs. Sayed gave an undertaking to lobby the World Bank Group’s support, particularly the International Finance Corporation (IFC), for Caribbean states’ macroeconomic policies, particularly relating to adopting and adhering to fiscal rules which she said Jamaica has “actually moved on.”

She cited tourism and youth skills training and employment as key areas for regional Governments to focus on in the quest for higher economic growth.

“Tourism has been a major driver of the island economies…and (supporting) that with smart investments…is going to be very important…because significant tourism growth has to be generated to bring benefits to the communities as well as nationally. So that’s an area that (the Bank) wants to pursue deeper engagements in terms of (supporting) drivers of economic growth,” she said.

“I see this as very important, because the youth are the foundation of any country, and…equipping them with the right kind of marketable skills is very (critical),” she emphasized.

Noting that the global marketplace is continuously changing, Mrs. Sayed stressed the need for focus on information and communication technology, in this regard.

“Youth training and employment is something we have been doing for several years so I would like to influence that more in the countries that I am responsible for,” she added.

The meeting with journalists, which was held at the World Bank’s Jamaica Office in New Kingston, formed part of Mrs. Sayed’s week-long visit to Jamaica from April 3 to 7, following her appointment on February 9.

Her itinerary also included meetings with Prime Minister, the Most Hon. Andrew Holness; Finance and Public Service Minister, Hon. Audley Shaw; as well as key representatives from the private sector and civil society to discuss the World Bank’s engagement in support of Jamaica’s pro-growth reforms and efforts to improve social and climate resilience.