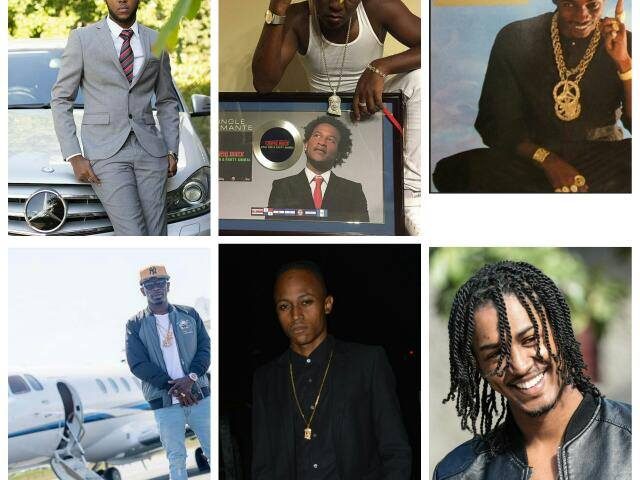 Musical entrepreneur Tevin Richards, renown for his entertaining Chronicles of Success project flowed into another smoothing project titled Suit and Tie is gearing up to release his Psychotic Riddim. The 2017 calendar year has brought with it many success for the Ocho Rios based producer. Mr. Richards has established his own production house, Young Generation Faternity, whose primary responsibilities are to produce high quality and entertaining songs. With over 3 million views across all Internet platforms, YGF is encouraged with the progress made and continues to eye further success. Harmonic musical partnerships guarantee successful collaborations with Vershon Neva Happy Fi Me, Deep Jah Motivation, Devon Di Dakta It’s Going Great, Charly Blacks We change Money, all carries positive relaxing entertainment value. This mood is emphasized through the legendary vocals of Sanchez, delivering a soft toned Reggae song titled Love, written by Gavin Grant.YGF’s reach stretches beyond the island as Africa’s leading dancehall artist Shatta Wale and Tevin Richards gave birth to the song “Caan Stop Me”. Entertain yourself, get in tune with the tunes. The projects: Chronicles of Success and Suit and Tie are available on Itunes. Alongside the artist, producers play an integral role with musical direction and as a young producer Tevin Richards has joined forces with many Gifted Musicians within the industry. IRIE FM music producer Gavin Grant, Guyanese music composer Ridwaan Razak and video director Randall Richards have all engaged in creative musical endeavours with the YGF pioneer. The wealth of knowledge brought to the table by these gifted musicians has impacted immensely on the young producer. “Gifted Musicians are to be appreciated for there experience and value. Interactions with these men have aided in my viewpoints approach to specific musical situations” beamed the Ocho native. With millions of views since his introduction into the musical circle, Tevin Richards’ spares a special gratitude to online platforms playing host to his music. “I’ve always received support from online mediums such as Dancehall Promo, YardHype, Akam Entertainment, Crush Road, Krish Genius, Dj Stephano Magazine and Reggaeville. In addition, to all major radio stations locally and internationally, I continue to ask for their partnership as i aspire to broaden the audience for my productions” highlights YGF founder Mr. Richards. As he reflects on landmarks achieved, he has sought to remind himself and the wider public that the journey to growth has just begun. The latest production in the pipeline is a Riddim titled Psychotic featuring many heavy hitters: Vershon, Devin Di Dakta, Jahvillani, Teejay, Dre Santana, Xklusive and African superstar Shatta Wale. “This one will be special, just wait for it” teases the confident producer.