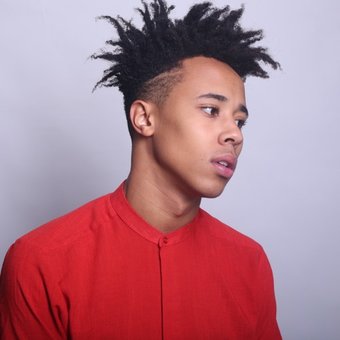 (Toronto, ON): Zach Zoya, the 19-year-old Montreal-based rapper, singer and songwriter who has been quietly turning heads every move he makes in his very young career, releases his new video “Who Dat” which premiered on Noisey. Directed by Vincent Ruel-Coté, this catchy, colorful coming-of-age video features Zach taking the viewer through a breathtaking tour of his city and hang spots, while accompanied by his crew of fashion forward friends and fellow artists. “The video is meant to reflect the energy of the song, not really in a story format, but more in a demonstrative way,” explains the burgeoning teen phenom. “I wanted it to feel like a fashion photo shoot on drugs and to feel epileptic, jumpy and all over the place. Plus, I got all my squad in there with me too, so everybody in the video, with a few exceptions, are close friends. So it’s kinda like “yo watch out there’s a new kid in town.”

After releasing his debut EP Zach Zoya 1.0 last year featuring buzz track and video “Superficial” which Hillydilly remarked “reminds us of nostalgia, ULTRA-era Frank Ocean in the best way”, Zoya has been working hard in the studio on his debut full length project on 7ieme ciel records (7th Heaven), while also collaborating with Fool’s Gold Records artist High Klassified – whose production credits include Future’s “Comin’ Out Strong” featuring The Weeknd – on his forthcoming EP.