Zones will be Carefully Assessed to Determine Intervention Needs – Sweeny 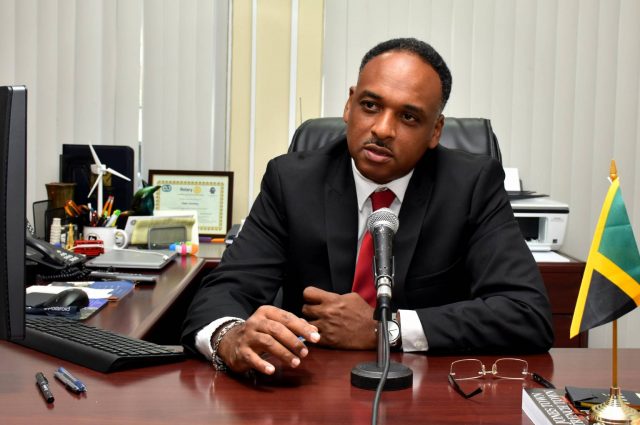 Communities that are declared Zones of Special Operations (ZOSOs) will be carefully assessed to determine the needs and the extent of services to be provided for residents.

Deputy Chairman of the ZOSO Social Intervention Committee, Omar Sweeney, says the support will, among other things, enable persons to receive health services and acquire important documents such as birth certificates and national identification (ID), which will enable them to access critical social benefits.

He says the assessments and implementation of the social interventions will involve partnership with a wide cross section of stakeholders, who will be mobilised at the national and community levels.

The collaboration, he points out, is expected to better enable the Government to deliver the requisite services that meet the needs of a wide cross section of persons in areas declared ZOSOs.

The Social Intervention Committee is charged with developing a sustainable development plan, which will include addressing issues relating to health, the environment, social improvement, infrastructural development, education and economic development.

This is in keeping with the clear, hold and build strategy, aimed at containing crime while safeguarding the rights of citizens and promoting sustainable community development.

Mr. Sweeny notes that the interventions will be undertaken once the joint command of the security forces conducting operations gives that authorisation. This is in order to minimise any impact resulting from the security operations.

“So, our plan, once we have been given the go-ahead, is to enter the community and assess the social structure that exists. This will include the demographics (and) the physical environment (including) roads, drains and sanitation structures,” the Deputy Chairman outlines.

Mr. Sweeney says that among those that will be targeted are unattached youth who are either unemployed or not enrolled in an institution of learning; young children, particularly those not enrolled in school; the disabled; the elderly; and single mothers.

He points out that these demographics are characteristic of underserved communities that are impacted by crime and violence.

“So, the idea is to achieve the type of social capital that will allow members of the communities to secure their welfare. So, you’re talking about a community that has their youth engaged… where persons are gainfully employed… and the physical environment is not affected by public health issues,” the Deputy Chairman says.

Mr. Sweeney tells JIS News that the assessments will determine the extent to which interventions are implemented over the short, medium and long term and also the degree to which institutions undertaking these are established in the communities.

Several of the services that are to be provided in the Zones were recently delivered to residents of Mount Salem in St. James, where the first ZOSO is in effect.

At a two-day community fair, residents benefited from free medical and dental services, while a number of agencies were on hand to process important documents.

Mr. Sweeney says the assessment for Mount Salem has commenced, noting that the Social Intervention Committee and its partners were able to utilise information that agencies such as the Social Development Commission (SDC) and the JSIF collated on the community over the years, to organise the fair.

He notes that the Committee and joint security forces command, which have been working closely since the Mount Salem ZOSO was declared by Prime Minister, the Most Hon. Andrew Holness on September 1, were able to reach a consensus on the need to stage the event.

Mr. Sweeny, who is also Managing Director of JSIF, says the social interventions to be undertaken in Mount Salem are expected to serve as the blueprint for similar activities in other communities.

The engagements, he said, will be enriched by the involvement of the JCF through the police youth clubs as well as private-sector stakeholders.

“In fact, members (of the private sector) are already calling and expressing an interest in getting involved. So, we will certainly engage them at the appropriate time to get their inputs,” he adds.

Meanwhile, Mr. Sweeney is expressing confidence that long-term positive outcomes, such as community empowerment and development and reduced crime and violence, which are anticipated from the implementation of the ZOSOs, will materialise and redound to the benefit of the residents and country in general.

“We aren’t trying to achieve something that doesn’t (already) exist… as it does in hundreds of communities across Jamaica. But the idea is to have a collaborative government response that will enable the people (in adversely affected areas) to develop the capacity to really maintain the peace in their communities.

“I am pleased to be a part of the programme and I am confident that the other Committee members, when they are named, will also support it,” Mr. Sweeny tells JIS News.