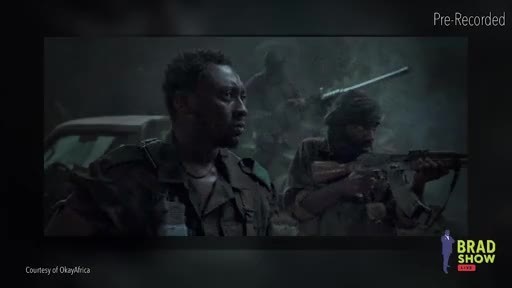 NEW YORK, May 13, 2019 /PRNewswire/ — Hollywood actor, Bambadjan Bamba may not have appeared in the box office record breaking film “Black Panther” or hit TV shows like NBC’s “The Good Place” and “Grey’s Anatomy” if it wasn’t for Deferred Action for Childhood Arrivals, commonly known as the DACA program.

In the decades before Bambadjan landed himself in Hollywood, he and his family escaped political persecution and fled the Ivory Coast of West Africa to the South Bronx. Later moving to Virginia, Bamba’s family established a hair braiding salon that still exists to this day, Bamba told Brad Bernstein in an interview on “Brad Show Live”. Despite Bambadjan’s family rooting themselves in a new community, uncertainty regarding his immigration status shadowed, and continues to shadow, his every life decision.

“My parent’s asylum case took so long, that when it was finally approved, I was over 21-years-old, and married. So, I couldn’t qualify,”  he said. And “because I had aged out, I thought I couldn’t work any more…..then DACA came along,” he added, which “resurrected my career and dreams.”

DACA was introduced in 2012 by former President Obama, which granted protection from deportation and work authorization to those brought into the United States as children.

“For me, when DACA was passed, I was in the background,” the actor said.  “And it was the young undocumented people pushing Obama to pass this legislation,” he told Brad Bernstein.

While many undocumented people were declaring themselves unafraid, “I was sitting there afraid,” Bambadjan recalled of the tumultuous time. However, “now that Trump has come into the office, and set a date to cancel and terminate DACA, this was a big wake up call to me,” Bamba said of his decision to advocate on behalf of the program.

Now an advocate for black undocumented persons around the nation, Bambadjan spreads his story not only through interviews with news outlets, but through his active work with the African Artists’ Association, an international organization. He also recently boasted his immigration struggle through America Ferrera’s book, “American Like Me,” which voiced the stories of many prominent first-generation Americans.