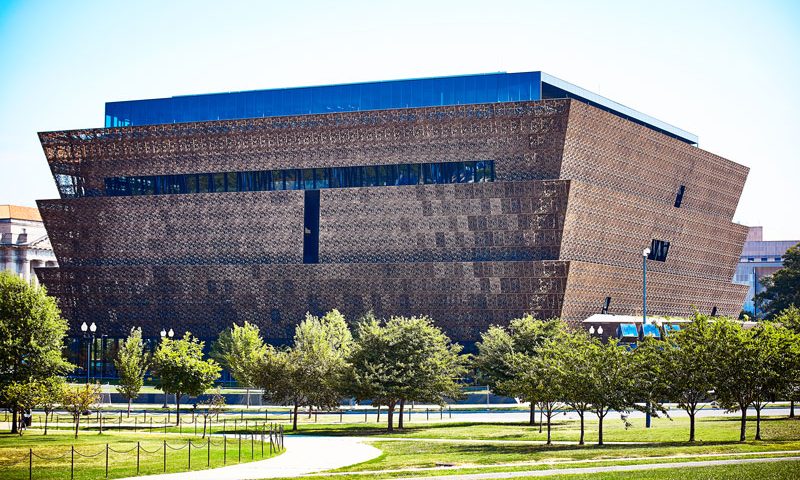 “From R&B and blues to gospel and funk, our honorees are such rich threads within the tapestry of American music,” said H. Beecher Hicks III, President and Chief Executive Officer of NMAAM. “Each artist has already achieved history-making careers through hard work, passion and commitment, and made the universal language of music more powerful.”

As the leader of The Gap Band in his early career, Charlie Wilson and his brothers popularized upbeat funk music and recorded hits including “You Dropped a Bomb on Me,” “Party Train” and “Burn Rubber on Me.” As a solo artist, Wilson has been nominated for 11 Grammys and 10 NAACP Image Awards, winning twice. He received the 2013 BET Lifetime Achievement Award, and has 11 Adult R&B No. 1 hits, including “You Are” and “There Goes My Baby.” Wilson’s current album, “In It To Win It” produced two #1 hits at the same time on two different charts.  “I’m Blessed,” which was his first #1 on Billboard’s Hot Gospel Songs, and “Chills” which was #1 on the Billboard Adult R&B chart.  This marked the first time any artist has been #1 on these two Billboard charts with two different records ever.

The legendary Nile Rodgers is truly exceptional, amplifying his legacy as a multiple GRAMMY-winning composer, producer, arranger and guitarist by constantly traversing new musical terrain. Nile transcends all styles of music with a body of work that’s garnered him inductions into the Rock & Roll Hall of Fame, the Songwriters Hall of Fame and most recently the appointment of Chief Creative Advisor for the legendary Abbey Road studios.  His work in the CHIC Organization and his productions for artists like David Bowie, Diana Ross and Madonna have sold over 300 million albums and 50 million singles worldwide while his trendsetting collaborations with Daft Punk, Avicii, Sigala, Disclosure and Sam Smith reflect the vanguard of contemporary music. Nile Rodgers and CHiC will be releasing their first album in 25 years, “It’s About Time”, later this year. Rodgers will also receive the Music Business Association’s Chairman’s Award for Sustained Creative Achievements in 2018.

Yolanda Adams has won four Grammy Awards, four Dove Awards, six NAACP Image Awards, three BET Awards, an American Music Award and a Soul Train Music Award. She is known as the “Queen of Contemporary Gospel Music”, the “First Lady of Modern Gospel” and the “Reigning Queen of Urban Gospel”. Adams was Billboard’s top Gospel Artist of the Decade ending in 2009. In 2017, she was inducted into the Gospel Music Award’s Hall of Fame for outstanding achievements in the Christian music industry.

Founder and Chief Executive Officer of Monami Entertainment, Mona Scott-Young, has been the marketing power and thought leader behind visionary recording artists for decades, including A Tribe Called Quest, LL Cool J, Missy Elliott and Busta Rhymes.  More recently, she wears her film and television hat as owner of Monami Productions and Executive Producer of the VH1 television franchise, Love & Hip Hop, and its record-breaking spinoffs.  Scott-Young has been recognized within Realscreen Global 100, The Hollywood Reporter’s Reality Power List, Variety’s Power of Women and Multichannel News’  Women to Watch list.

Four-time Grammy-winning artist Keb’ Mo’ is a modern master of American roots music. Artists across the musical spectrum have recorded his songs including B.B. King, Buddy Guy, the Dixie Chicks and the Zac Brown Band. His music collaborations include Bonnie Raitt, Vince Gill, Amy Grant, Natalie Cole, Lyle Lovett and more. Keb’ Mo’ is a longtime supporter of the Playing for Change Foundation, a nonprofit that provides free music education to children in nine countries and serves as a music mentor for The Kennedy Center’s “Turnaround Arts”. Launched by former President Barack Obama and First Lady Michelle Obama, the program partners artists with elementary and middle schools to build a successful arts education program.

For more information on tickets to NMAAM’s fifth annual Legends event, please visit www.thelegendsgala.com. Proceeds from the gala will benefit the Museum’s educational and community programs, including From Nothing to Something, MET Summer Academy, Fine Tuning Music Legends & Heroes, The Emerging Artist Series, Master Class, and Sips & Stanzas.

ABOUT THE NATIONAL MUSEUM OF AFRICAN AMERICAN MUSIC
The National Museum of African American Music, set to open in 2019, will be the only museum solely dedicated to educating, preserving and celebrating the influence African-Americans have had on music. Based in Nashville, Tennessee, the Museum will share the story of the American soundtrack by integrating history and interactive technology to bring musical heroes of the past into the present. For more information, please visit www.nmaam.org.