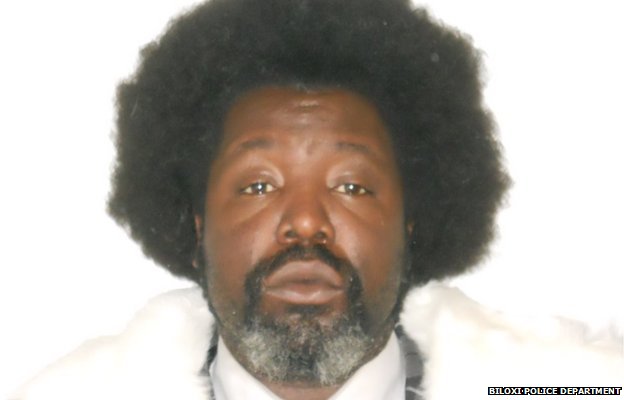 BILOXI, Miss. (AP) _ “Because I Got High” rapper Afroman has been arrested for punching a woman who got on stage during his show Tuesday in Biloxi, Mississippi. His representative says Afroman did not know if the fan was a man or a woman and “just reacted to someone being on the stage.” His rep calls it “a completely involuntary reflex reaction to people infringing on his stage space” and blames poor security. The owner of the venue says when the incident happened about five songs into the show, the venue pulled the plug on the concert and security met Afroman at the stage to take him into custody. Police say Afroman was charged with misdemeanour simple assault and released after posting 330-dollar bond.