An eclectic list of box sets for the holidays include, Bob Marley, Ottis Redding, Aretha Franklin and more 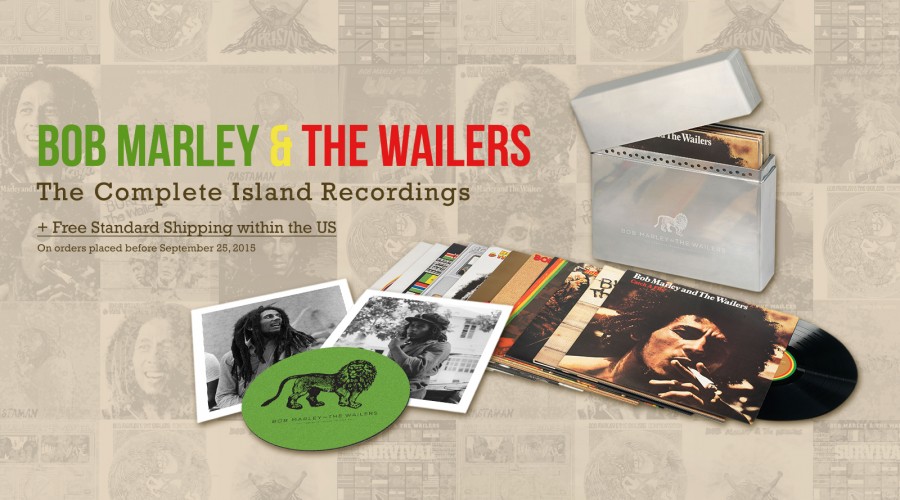 Beginning with the landmark album “I Never Loved a Man the Way I Loved You,” these 16 CDs highlight Franklin’s explosive breakthrough with Atlantic in 1967 after years of struggling with Columbia, and continue through her more erratic output of the 1970s. She is “The Queen of Soul,” but the compilation also showcases Franklin’s embrace of virtually every kind of American music, whether the straight gospel of her “Amazing Grace” live album, the pop standard “You are My Sunshine,” or her bluesy cover of Willie Nelson’s “Night Life.”

Most of her signature hits, including “Respect” and “Think,” can be found on the first four CDs. After that, it’s best to hunt around. Try the moody, intimate ambience of her 1970 album “Spirit in the Dark” or the hard funk of “Rock Steady” from 1972’s “Young, Gifted and Black,” or the reflective “Angel,” from the Quincy Jones-produced “Hey Now Hey (The Other Side of the Sky).”

No booklet or biographical notes are included, but the liner notes for the original records were written by Jon Landau, Nat Hentoff and other top critics of the time. “An incisive dramatist, a conjugator of soul, she gets inside lyrics and shapes them into extensions of herself,” Hentoff writes for “Aretha Arrives,” which came out in 1967. “This is a woman of unremitting, overwhelming vitality.”

Some consider Otis Redding’s “Live in Europe” the best concert album ever. Others argue it’s not even the best live record by Redding, which speaks to the remarkable depth of his catalogue.

The Georgia soul man recorded enough material for 12 albums before dying in a plane crash at age 26 in 1967, and his glorious music is all collected here in a small box free of frills but well worth the bargain price.

The set includes 12 CDs, each packaged in a reproduction of the original LP sleeve. There are no liner notes beyond what’s reprinted on back of each CD jacket.

No matter _ the discs include some of the best performances in R&B history. Many follow a familiar formula, with a gutbucket groove and horn jabs behind Redding, who vamps on the fadeout at the three-minute mark. But his wonderful, weathered, old-soul tenor makes every song exciting, and the quality remains consistently high even on four posthumous releases.

As for the concert records: Play “Live in Europe” and “In Person At the Whisky A Go Go” back to back, and the verdict will be easy. They’re both great.

Break out the turntables, light one up (where it’s legal), and let the full Bob Marley experience waft over you with “The Complete Island Recordings” box set. Available only on 180-gram vinyl, with no digital downloads, this 11-record set is narrowly targeted to those music aficionados who like their tunes analog, on pressed wax.

But this set of nine studio and two live albums will cost a whole lot more than it would have in the laid-back 1970s when most of them were first released.

The collectors’ edition, which is cleverly packaged in an individually numbered velvet-lined silver metal box set replicating a Zippo lighter and comes with two prints and a turntable slip mat, clocks in at $650. The more economical regular edition foregoes the superfluous prints and mat, and comes in a less-expensive cardboard box for $235.

But the music is the same in both _ and that’s what really counts.

The 1973 Island debut “Catch a Fire” through 1983’s “Uprising,” released posthumously, sound better than ever. Everyone knows the hits like “No Woman, No Cry” and “Stir it Up,” but for fans who never took a deeper dive in Marley’s rich catalogue, now is a great time to do it.