Jahmiel – I Need You (Official Video) 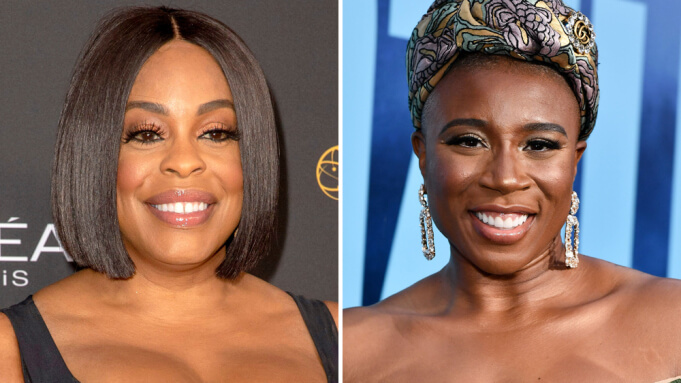 SILVER SPRING, Md., Oct. 11, 2019 /PRNewswire/ — UMC (Urban Movie Channel) – the first streaming service for Black TV and film from AMC Networks – announced today that it has commissioned a new docuseries that will provide viewers with a behind-the-scenes look at the power of faith and its driving force on successful women in entertainment, sports, music, business, politics, and ministry. Created by writer/director Paula Bryant-Ellis, “Behind Her Faith” will feature several accomplished women who tread different walks of life, but all have one thing in common: the conscious decision to put their faith first without fear or regret.

Each episode will center on one subject as they open up to viewers about their greatest achievements and biggest successes as well as their toughest disappointments and most heartbreaking moments; sharing their life lessons and triumphs along the way. Kicking off with a four-episode order, the first installment of “Behind Her Faith” will feature Essence Atkins (“Marlon,” “Ambitions”), Aisha Hinds (“Underground,” The Hate U Give), Niecy Nash (“Claws,” “When They See Us”) and Angelica Nwandu, founder of The Shade Room.

“As UMC’s viewership continues to grow, we are excited to expand our content offerings to provide a diverse slate of programming that speaks to the many layers of African-American and urban audiences,” said Brett Dismuke, Chief Content Officer of UMC. “Paula has brought forth a compelling project that showcases the ups and downs of life and how an unwavering commitment to one’s faith and beliefs can be a source of guidance to accomplishing dreams and reaching ultimate success.”

“I am beyond thrilled that Brett and the UMC team believe in my vision,” said Bryant-Ellis. As a woman of color, I want to create content that empowers and uplifts women; it is truly an honor to be able to bring these stories to light.”

“Behind Her Faith” will be executive produced by Jay Ellis (HBO’s “Insecure,” Escape Room) and will also feature “Black Love” co-creator, Codie Elaine Oliver as consulting producer. Currently in production, the new docuseries is slated to premiere in the early spring of 2020.

About AMC NetworksKnown for its groundbreaking and celebrated original content, AMC Networks is the company behind the award-winning brands AMC, BBC AMERICA, IFC, SundanceTV, WE tv, and IFC Films. Its diverse line-up of popular and critically-acclaimed series and independent films include Killing Eve, Better Call Saul and The Walking Dead, which has been the #1 show on basic cable television for nine consecutive years, as well as Portlandia, Brockmire, Love After Lockup, and the films Boyhood, Death of Stalin, and many more. Its original series Mad Men and Breaking Bad are widely recognized as being among the most influential and acclaimed shows in the history of TV. The Company also operates AMC Studios, its production business; AMC Networks International, its international programming business; the subscription streaming services Shudder, Sundance Now; Acorn TV; and UMC (Urban Movie Channel); and Levity Entertainment Group, the Company’s production services and comedy venues business. For more information, visit http://www.amcnetworks.com.