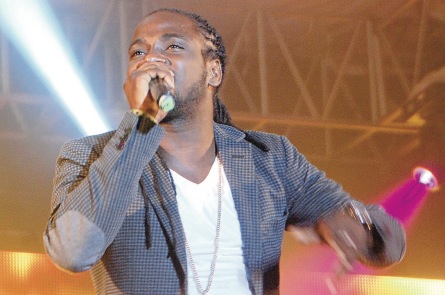 AS the curtains came down on the 13th staging of the GT Taylor Boom Christmas Extravaganza at Independence Park in St Elizabeth, closing act I-Octane proved the perfect balm for the chilly conditions.

Buss a Blank, which sent the crowd into a frenzy, was a sign of things to come as the deejay delivered a set worthy of his name. He maintained the momentum with My Life, Bad Mind Dem A Pree and My Story.

It was twice the fun when I-Octane called Versatile on stage for their combination Anything We A Eat. The latter also performed his song Nah Go Be Ungrateful.

Although there were other strong performances, I-Octane’s stood head and shoulders above the rest.

Louie Culture, after performing old favourites such as Gangalee and Old Before Dem Young, had some economic advice for the government.

“Jamaica borrow IMF (International Monitory Fund) money, a we haffi pay that back. We have the highest grade product that can help pay off the debt. Legalise the herb,” he declared, before going into his single of the same name.

For the original report go to http://www.jamaicaobserver.com/entertainment/Boom-show-from-I-Octane_15698098