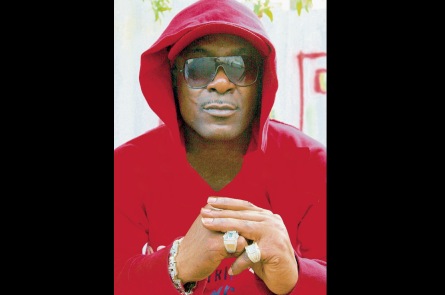 Ranks is featured on 2 Chainz’s Slums of the Ghetto and T Rone’s Hello Love remix.

In an interview with the Jamaica Observer last year, Ranks (given name Phillip Thomas) said he was moving away from his hardcore image of the 1980s and 1990s.

“Having been in the music industry for over three decades now, I have analysed it, and realised that some musical renovation needs to be done, and that is my aim, to bring back hardcore dancehall music,” he said.

Born in Clarendon, he started his career at age 11 on sound systems in his home parish. He came to prominence in the late-1980s with gritty songs like Gunman Lyrics for Winston Riley.

A decade later, he made it to the mainstream with The Stopper and Fly the Gate as well as solid combinations with Beres Hammond, Wayne Wonder and Marcia Griffiths for Penthouse Records.

He was one of the top dancehall acts in the 1990s, working with a clutch of independent American labels and appearing in the 1995 movie, Dancehall Queen.

“I also realise that many Jamaican artistes and producers are now stuck in the hip-hop sound and I believe we need to go back to the real authentic, hardcore reggae and dancehall music respectively,” the renowned international artiste added.

For the original report go to http://www.jamaicaobserver.com/entertainment/Cutty-Ranks-on-hip-hop-remixes_15416112