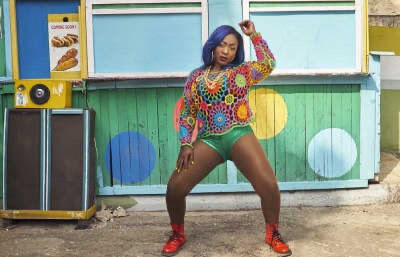 The Recording Academy recently announced new changes to the way the Grammys will be judged going forward. The rules were made at the Recording Academy’s semiannual Board of Trustees meeting held in May 2020 according to their website.

Among the changes made were the renaming of categories; Best Urban Contemporary Album renamed Best Progressive R&B Album. They made changes to the Best New Artist category by expanding the amount of recordings required during the year. They moved the urban label to latin categories.

“Latin Pop Album has been renamed Best Latin Pop Or Urban Album, and Latin Rock, Urban Or Alternative Album has been renamed Best Latin Rock Or Alternative Album…to migrate the genres of Latin urban and represent the current state and prominent representation in the Latin urban genres. ”
The Grammys have been at odds with the music community and their leadership due to their treatment of the black music categories in the past.

With criticisms coming from their former CEO Deborah Dugan and Sean “Diddy” Combs :

“The Grammys never really respected black people ”
as he collected a Salute to Industry Icon award.

Black Americans are fighting for their respect in the music industry and these latest changes may be appreciated as symbols in the right direction. However there were no such announcements or amendments that would directly affect the Reggae and Dancehall genres.

Dancehall and reggae artists have been complaining for years that the genres do not get it’s just due on the international market and music award scene.

The Guardian newspaper, reporting on an interview with Sean Paul, said that the use of dancehall in pop music is not viewed by him as paying homage, but as exploitation.

He later commented on The Breakfast Club and on Hot 97 that he has collaborated with many pop acts, but he would like to see more credit given when dancehall is used by mainstream artists. Mr Vegas has been more outspoken when he said on his platform that “Drake is a fake” for using dancehall on his album without giving credit.

The genre on a whole struggles to move single and album units whenever the Jamaican artist sings reggae or dancehall but whenever pop acts dabble in the genre they not only move units but the press calls the music something other than dancehall.

A Wall Street Journal article described how Justin Bieber’s What Do You Mean was “pioneering the Caribbean, beach-party vibe of tropical house in the mainstream ”.

The use of the words “pioneer”, “beach-party vibe” and “tropical house” was a dismissive of dancehall and reggae as the inspiration and genre being sung by Justin.

In saying Justin Bieber pioneered the sound that is Reggae-dancehall and calling it anything other than what it is disregards the barriers broken by Shabba Ranks, Maxi Priest, Shaggy, Beenie Man, Elephant Man, Sean Paul, Patra, Ce’Cile, and many others in the past 30 years.

From a marketing perspective, if Justin’s hit was categorized as dancehall and played on the top 40 charts, then radio program directors would be forced to play other like sounds from the genre, thereby exposing the genre’s artist to new audiences.

The doors are being opened for the genre but the traditional dancehall artistes are not the ones who are welcomed to the party.

The Dancehall is being sidelined and not because of ignorance to the power of the music because many people behind-the-scenes in pop culture are of Caribbean descent. The music has proven many times that with the right support it is capable of reaching number one both one the Billboard charts and electric onstage performances.

Recently Beenie man and Bounty Killer’s Verzuz battle was hailed by Swizz Beats and many other industry leaders as the best online performance. This didn’t come as a surprise for dancehall fans as this is the standard set by these artists for years. However newer audiences would have been able to appreciate the enigmatic genre.

Valuing dancehall
As was the case with hip hop dancehall as a genre has to know that power concedes nothing. The artists and practitioners in the genre must be secure in the knowledge of the genre, the courage and audacity to put the Grammys and the North American music industry on notice that it is time for more respect to be given to the genre. They must also have the faith and flexibility to invest, collaborate and pull on every resource to get the desired outcome.

The people who live abroad with an affinity for dancehall and have an interest in dancehall’s development must place themselves strategically in the record labels, radio stations, television stations, and concert venues to give their professional insight and support. Every artist with an influential voice should speak out at every chance they get about the unfair treatment of dancehall until it rings an alarm in the international music industry.

We need a few more dancehall professionals who will be brave enough to do the groundwork required to gain knowledge about how program managers break records, in order for more Jamaican artists to get airplay on the mainstream stations.

If this happens the major North American record companies will be more keen to inform program directors, executives, bloggers, journalists, governing bodies and artists to get the language right when they speak about dancehall.

If they get the language right in the current musical atmosphere, dancehall will get its proverbial “40 acres and a mule” on the charts.

When Hip Hop is done by anyone all over the word it is called Hip Hop so when dancehall is done anywhere in the world it should be called Dancehall. They will call the music dancehall and, more importantly, “Jamaican dancehall” because the genre is now larger than the practicing artist on the island.

Jamaican songs are usually played on the urban stations and only one or two songs selected per year for airplay circulation. Independent artistes probably cannot compete with the big budgets and international label connections required to break a record, but Jamaicans have the energy, Jamaicans have the art, Jamaicans have the spirit of the people, and we have the cultural capital. That is power. This is Dancehall.

The line is long and the scene crowded for dancehall record to make it mainstream in North America, especially for the artists who are not living there, but with the recent expansion of Apple Music, AudioMack and Youtube into Jamaica, the Caribbean and Africa, fans now have more options to support their favorite dancehall artists.

The digital music marketplace in Jamaica and the Caribbean can drive interest towards dancehall and reggae music.

The genre’s home country needs to do some homework. Buju Banton said at his Album listening recently that: “We wonder today why our music has not been able to penetrate the world and its environment like it should..we cannot blame anyone but ourselves”.

That profound statement of responsibility is the beginning of the change. Everyone must take responsibility in order to progress. The next step is to take progressive action, experiment and adjust.

There are states in America that brand themselves Live music capitals because of their well-supported annual festivals. Jamaica, needs a Ministry Of Music and a Music Commission to create new industry links between the music and the tourism sectors.

Damian Marley told me on my podcast, The Top Form Podcast that he believes dancehall and reggae are the same genre. I respect his point of view but as a listening fan I hear distinct differences in the genre in terms of subject matter and tempo. Some artists believe dancehall is the space and reggae is the music and “fast reggae” is known as dancehall.

The distinctions may even be more subtle but part of the expansion and growth of both sounds will require separating them and opening up new categories at the Grammys for example so more awards may be given each year.

The buzz of the Jamaican culture has been fuel for others like Drake and Justin Beiber to climb the charts, so why not get our house in order before asking someone to help grow the culture. The coded language and ability to translate complex issues into songs, the cuisine, are created in a cultural factory in Jamaica. A factory, being a place where products are manufactured by people, but those people are not directly benefiting because it is undervalued in the marketplace.

The Business of Dancehall
With research, proper consumer measurements with chart shows, artists development, and targeted sales practices, credible and creative dancehall artists can partake extract, fuse, use, and benefit from the genre.

If you are an entrepreneur doing dancehall music, this is the time to get a great artist and make great music. With Apple music,Tidal and YouTube all your music can be consumed for less than US$10 per month. The industry is growing rapidly because of streaming. In 2014, the music industry digital revenue was US$6.85 billion, with only 16 countries having integrated streaming into their singles charts. Last year the music business made US$24 billion and according to Lyor Cohen, Ceo of YouTube Music,

“streaming will increase.”
I, along with Lyor, think it is the perfect time to get into the business in anticipation of when the penetration rate becomes 80 percent, as the demand increases more streaming platforms will become available in Jamaica, the Caribbean, Latin America and Africa where many Reggae Dancehall fans are located outside of the USA.

The music makers, the entrepreneurs, the producers, and the artists in the Caribbean should continue to make the music they want to make that is culturally significant, and continue to value themselves while adapting to international standards. This is how the culture and music will flourish.