Disney’s “Encanto” Highlights Ubiquity of Afro-Latin Culture as Discussed in “Negra Como Soy,” or “I am Afro-Latina” Segment of the “Destinations with Doni” Podcast

FORT COLLINS, Colo., Nov. 10, 2022 /PRNewswire/ — Disney’s animated film “Encanto” opens doors to Afro-Latin culture as discussed in a “Negra Como Soy” (NCS) episode of the “Destinations with Doni” podcast. Hosts Doni Aldine and Dr. Rhonda Coleman know just what it’s like to be cross-cultural through Aldine’s Trinidadian and Costa-Rican background and Coleman’s African-American and Honduran heritage. In the episodes, Aldine and Coleman tell stories about the African diaspora throughout Latin America and dissect “in-between” 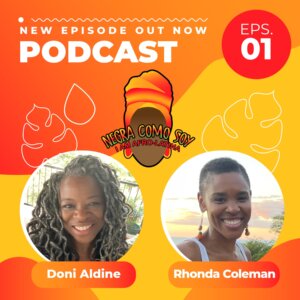 cultural experiences on the weekly podcast. “Destinations with Doni” is produced by XOTV and Culturs Global Multicultural Lifestyle Network, which embraces in-between identity because everyone should feel like they matter.

Disney’s film “Encanto,” represents Colombian culture in an interesting way by showcasing the beautiful scenery of the country throughout the movie. In episode three of the NCS segment, the hosts welcome former corporate Disney associate Romita Bulchandani, who lived in Colombia at the time. “Talking to the Columbians here they feel so proud that they feel seen and that they feel heard from the biggest entertainment company of the world,” Bulchandani said.

In 2020, the U.S. Census declared that United States Citizens under the age of eighteen no longer are the white majority. The phenomenon has been called “The Browning of America,” and it perhaps adds to Encanto’s success. For instance, the film’s hit song “We Don’t Talk About Bruno,” became the second in Disney history to take the top spot on Billboard’s U.S. charts, behind Aladdin’s “A Whole New World,” and ahead of Frozen’s popular “Let it Go,” which peaked at the number five spot. Frozen was the first film in 18 years to make it into Billboard’s top 10. Encanto cut this time by more than half making it onto the same chart in a higher rank than Frozen just eight years later.

Through the integration of different cultural aspects like food, language, clothing, dance and media such as “Encanto,” Negra Como Soy aims to be an enjoyable experience for listeners all over the world ultimately meant to educate, enlighten and hopefully create a sense of belonging for listeners and viewers. Visit NegraComoSoy.com to listen to past and upcoming episodes.