Breast Cancer Survivor Dedicates Her Life to Helping Other Women Through Sharing Her Story, Music, and Health Education Awareness and Advocacy

Kingston, Jamaica – Ethiopian-based singer Hewan Gebrewold has officially debuted with her first solo album, the self-titled project “Hewan” which translates to EVE. The album was released on July 3, 2022. 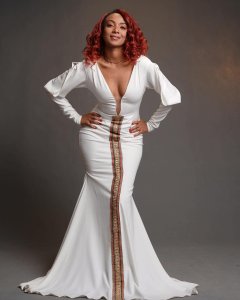 “I’d describe this project as me finding myself in a new sound. It’s a fusion with an Ethiopian scale, all about love,” the singer explained.

Completed within one and a half years, the album contains 11 tracks in all, with features from Ethiopian legend Teddy Afro on the song “Assbet”, and Getachew Hailemariam on “Addis Aydelem.” The production was made possible with contributions from producers including DJ Mila, Abel Paulos, Abegaz Shiot and a wonderful writer named Nati.

While challenges were met along the way after the album masters were stolen and leaked ahead of its intended release, the singer’s able team was on hand to guide the album towards success, with it debuting at #1 on the iTunes World Music Chart and achieving 9 million accumulated streams on YouTube with multiple videos currently over one million views.

“I received great feedback already – my hope is to be in international music and do collaborations with different artists,” the singer expressed.

Currently signed to Irie Sounds International, Hewan Gebrewold was originally a member of a group called Jano Band and released two albums with them. Now making a name for herself as a solo artiste, she is well on her way to a successful career, securing nominations in 2 categories for the 2022 Afrima Awards – Best Female Artist in East Africa and Best Breakthrough Artist. Much more is in store for the singer.

“This is just the beginning – I will go back to touring, recording and collaborating with great artists and producers both in Ethiopia and internationally,” she stated.