‘MOTOWN UNRELEASED: 1969’ Celebrates 60 Years Of Motown With 60 Previously Unreleased Songs Recorded By The Legendary Label In 1969 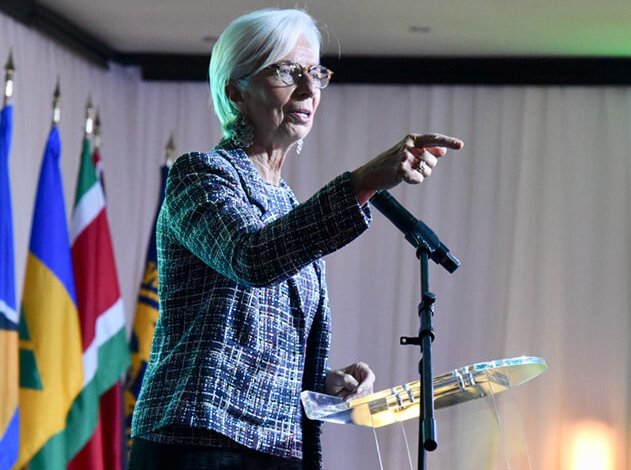 Former Managing Director of the International Monetary Fund (IMF), Christine Lagarde, has praised Jamaica for the “remarkable” accomplishments under its financial arrangements with the Fund, which have now concluded.

“Through two programmes, two different administrations with very strong commitment, you have managed to actually create jobs, to reduce the unemployment level to the lowest ever, you’ve reduced debt by 50 percentage points of gross domestic product (GDP), you’ve managed to stabilise inflation and you’ve managed to accumulate reserves,” she said in a recorded message.

The message was played during a press conference at the Office of the Prime Minister on Wednesday (September 18), as the IMF completes its sixth and final review mission under the Precautionary Stand-By Arrangement (SBA).

Ms. Lagarde said the achievements were not only due to good macroeconomic policies but due largely “to your own creativity, the way you have managed to embark everybody on that journey”.

“A lot has been achieved and more needs to be done. Transforming the public sector and encouraging private investments are tasks that are still there and that I am sure you can achieve as well,” she said.

For his part, Director of the Western Hemisphere Department of the IMF, Dr. Alejandro Werner, noted that over the last three years, Jamaica’s sustained commitment to a homegrown economic reform programme has resulted in significant dividends for the people of Jamaica.

“Budget discipline, combined with a reorientation of the fiscal system, including the shift from direct to indirect taxation pioneered by this Government, has helped put public debt on a sustained downward path and also generate a fiscal and tax system that is more conducive to investment, growth and employment,” he said.

In addition, Dr. Werner pointed out that proactive liability management, as evidenced by the latest successful swap of existing bonds at relatively low yield, has also helped ensure that Jamaica can reduce debt to 60 per cent of GDP by fiscal year 2025/26, in line with the provisions of the Fiscal Responsibility Law.

Dr. Werner said the IMF also welcomes the Government’s ongoing commitment to expanding social assistance for the vulnerable, as well as the significant efforts that have been made to build monetary and foreign exchange market institutions.

“We are convinced that all these policies will support private-sector development and increase investment opportunities in Jamaica that will lead to increased employment, growth and the continued reduction of poverty within the next five years,” he said.

Jamaica’s current programme with the IMF is scheduled to officially end in November. The country will, however, continue to benefit from technical assistance, and the Jamaica office will be maintained for an additional two years.

Jamaica’s latest relationship with the IMF started in 2013 when the country entered into a four-year US$932-million Extended Fund Facility (EFF).

This arrangement ended in 2016 when it was replaced by a US$1.6-billion Precautionary Stand-By Arrangement.