Sound Chat Radio is commemorating its 10th Anniversary in fine style this weekend in New York, culminating with an appearance by The Captain of the “Big Ship” Freddie McGregor OD on their sold-out “Reeewind Sundays on the Ocean” All White Cruise. The exclusive Sunday, August 29 event comes fresh off the heels of the famed singer being honored with an official “Freddie McGregor Day” by the city of Hartford, Connecticut. 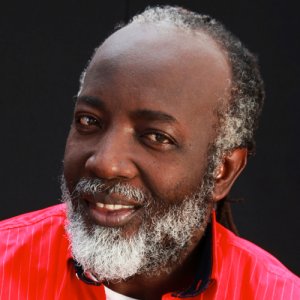 The Grammy-nominated Freddie McGregor has been serving up musical greatness for more than six decades and is the ideal artist to headline the milestone occasion for Sound Chat Radio, one of the world’s largest online Caribbean radio stations. The legendary act joins an all-star lineup of Sound Chat Radio “Reeewind Sundays” personalities including Bobby Channel One, Carl B Moxie, Supa Fridge, Nexxt Level, Jah Wise, Johnny Guard and Kulcha Kartel.

“It’s truly a blessing to have sustained Sound Chat Radio for 10 years,” says Bourne. “We are proud that Freddie McGregor will be on deck to celebrate this accomplishment with us, as we have built a great relationship with the legendary entertainer over the years and our listeners love him.”

Bourne says, ” The journey has had challenges, but it’s rewarding to see the growth and even more humbling to see the overall influence the platform has had on media. Sound Chat Radio has provided a blueprint for sound system based talk programming, spawning scores of shows taking on its format.”

“I believe that Sound Chat Radio’s diverse and insanely talented roster and unorthodox style of radio are the main ingredients in its winning formula. We took a chance and broke the monotony of traditional radio, incorporating sounds as radio personalities, unique topics and audience involvement. It worked! You’ll never hear the same show twice,” says Bourne enthusiastically. 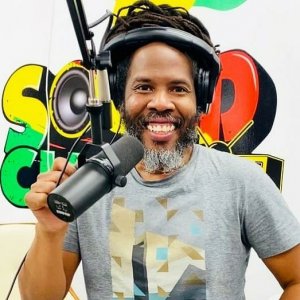 Over the course of his incredible career, the internationally acclaimed Freddie McGregor has made unmatched contributions to Reggae music. The singer, record producer and famed “Big Ship Captain” is a cultural icon and premiere voice and face of Jamaican music. Recording since seven years old as “Little Freddie,” the Clarendon, Jamaica born entertainer continues to deliver impeccable, soulful records. His sons, producer Stephen “Di Genius” McGregor and artist Chino, are boldly carrying the McGregor musical legacy.

Much to his credit, Bourne singlehandedly transformed the one-of-a kind Sound Chat Radio talk show into a 24-hour internationally respected online station. With more than 25 years in the business of Caribbean entertainment, with preservation of Jamaican music and culture at the core of his mission, this is not the first brand Bourne has successfully curated.

Through Irish and Chin, Bourne produced the renowned, 20+ year running World Clash, which changed the business of sound clash as we know it and “Reeewind,” a rub-a-dub style event that celebrated it’s 10th Anniversary with the Crowning of the late King U-Roy. The well-deserved and overdue Crowning of the Reggae Music pioneer and Godfather of Hip Hop U-Roy was a historical moment, which went viral.