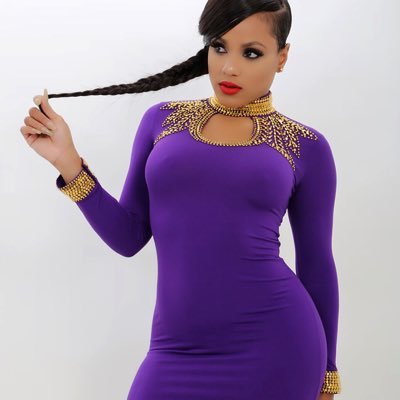 Once again misogyny and hegemony has reared its ugly head in the masculine annals of dancehall. Ishawna declared her uncompromising request from her lover in her song “equal rights.” She mentioned her anonymous lover having nice lips and a clean mouth would have her permission to satisfy her sexually. She went on to compare and itemize bag juice, Pepsi, french fries and “cutlis” (machete) with clever metaphors to the kind of heated encounter she expects from the experience. She further sang; in keeping with dancehall lingua, and satire her willingness to return the favor among other things, should her desires be met. Most sensible and intelligent men would know that the secret to happiness is to make women happy but the lyrics to her song has angered many dormant account dancehall artist. A few artistes chose to use the opportunity provided to them by Ishawna to reactivate their prejudices and old narratives of violence against women and misogyny . One artiste Prince Pin enquired; “ How some man so silent and when man talk dem say we violent” in the intro to his song. His lyrics went on to lash out for the “real Jamaican dem” in a distasteful banter.

There is an obvious reason why some of these artist are not in a bigger place than they presently occupy in dancehall or music for that matter. The content of their songs and their minds rest in the comfortable expressions of patriarchy disguised as Jamaican morality. This only impresses a small demographic of dancehall consumers who do not have the means of willingness to buy the music. These real Jamaican men spoken of by Prince Pin in his song are of an era in dancehall where masculinity was dominant, and to the degree of their assertion of masculinity they would get massive roars for encouraging the vicious treatment of the women and their genitals. In a time when millions of women marched on Washington in the United States and the Tambourine army has declared their hand in fighting for female rights, men will find it difficult to dominate the dancehall space and other institutions with their one sided anti-women narrative.

How does dancehall expect to grow out of the underground and into mainstream if the topics remain the same or if the female voices are not given a space to express itself? That’s how you kill the culture. Silencing the women and their respective plight is silencing the entire culture. The women of dancehall have the image, and the appeal than most of the men. They are more brave and willing to take risk on topics and compositions that stretch their artistic abilities. Is there an unspoken industry standard for women to get permission from the men to express themselves for fear of backlash? This should not be so. The women must play an important part in the development of dancehall, anything else is criminal.

Additionally, on the surface these dancehall artist of an old fraternal order of culture may put to shame the narcism, boldness and uncompromising verbiage of Ishawna but at a deeper level they can appreciate her influence even if it makes them uncomfortable.

IShawn has a duty to her celebrity, and to maintain relevance as a popular cultural agent you must boldly be an indicator of things that are to come.

It must have taken Ishawna and her team time and energy to create a song that obviously connected with audiences who are looking for the next interesting and sharable content on the web. She has learned the attitudes and behaviors of her audience and went against any expectation of dancehall purists. This is why the song is favored my more people than it is bashed. Real artiste do not use reason but they follow through on an apparently worthwhile plunge against the memes to become the memetic reality for a group of people who in their mind will understand and relate. Ishawna has indicated equal rights for women as the progressive future and other men would better serve themselves, dancehall and Jamaica if they chose not to spew negative narratives of violence against her and the women and men to whom she sang her libidinous indulgences.

Jamaican women have been doing their very best to come out from under the shadows considering that they are under constant threat of sexual violence by men from both Cross Roads and from across the table in the board room. Ishawna’s song may go beyond dancehall as her bravado makes her a champion for every woman in the world who was previously afraid to demand equal rights to self govern their bodies.

Donovan Watkis is an author that writes about improving the culture, his latest book is Jr’s Hope: Thoughts On Improving From Up The Street