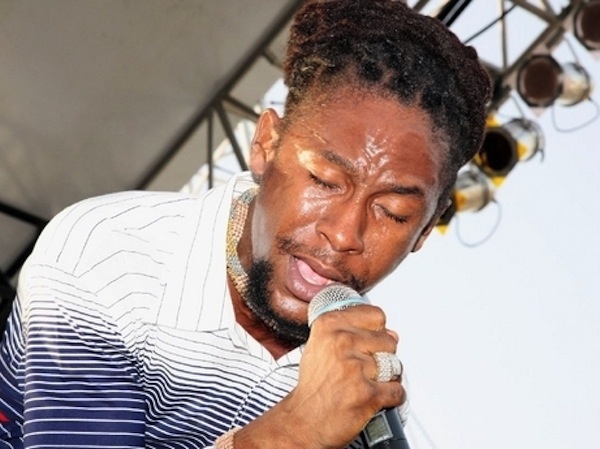 It is hard to believe that there are fans that haven’t gotten to see in person the face behind the melodious voice of singer Jah Cure. But beginning Saturday, August 24, Japan experiences the Cure’s musical excellence in person for the first time.

Known for world class performances and hits such as Longing For, Love Is, Unconditional Love, Call On Me and a slew of others, Jah Cure will be wowing his Japanese fan base for the first time in a two week showcase ofperformances in the country’s major cities such as Nagoya, Kyoto, Osaka, Fukuoka, Ibaraki, Okayama, Tokyo and Yokohama. Arriving in Japan ahead of his shows, Jah Cure soaked up the Japan experience and is excited and eager to perform while learning more about his Japanese fans.

This tour signifies a new approach to his musical career as the artiste strives to become a more recognized international star than he already is. The singer, whose real name is Siccature Alcock, is determined to become one of the greats in the music industry – locally and internationally. With this in mind Jah Cure recently signed a management contract with internationally renowned producer Robert Livingston of Big Yard/Scikron Entertainment.

Robert Livingston, states that the artiste is excited about performing in Japan for the first time and is looking forward to great shows. “We are expecting to see the Japanese audience enjoying Jah Cure and also to use this experience to reflect on his career and learn more about the Japanese market,” Livingston said. With his eye on the Japanese market Jah Cure will be giving a performance that will leave his fans longing for repeat shows.

According to Livingston, Jah Cure has proven that he has what it takes to make it overseas with not only his musical talent but his performing skills, having recently closed Reggae Sumfest’s International Night 1. He said, “Jah Cure has good melodies and lyrics. He makes good music that comes over into his songs. He also has a soulful voice that adds to his strengths musically,” stated Livingston

As the artiste’s plans progress, Jah Cure and Livingston are working on tapping into new markets with Japan being one of the first steps, as well as growing in his current and more popular markets.

His international appeal can be seen in the number of successful artistes from across the globe that has sought him out for collaborations. The singer has worked with the likes of American stars Jasmine Sullivan, Rick Ross and Mavado with Like I See It, R&B superstar Mary J. Blige for Each Tear and Keri Hilson for World Cry as well as Caribbean stars Alison Hinds and Phylissia.

Jah Cure is getting ready to drop a new single dubbed Wake Up and has been receiving heavy airplay of his singles including hit song That Girl. “When he is not performing the artiste will be signing autographs andsightseeing in Japan. The singer continues to work hard in studio turning out top notch songs,” Livingston states.

For the original report go to http://urbanislandz.com/2013/09/06/jah-cure-eyes-lucrative-japan-reggae-market/