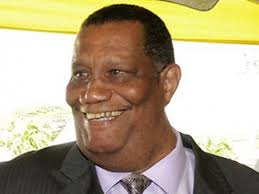 KINGSTON, Jamaica _ Officials say a veteran Jamaican lawmaker who served as the island’s agriculture and fisheries minister has died in Florida where he travelled to receive treatment for a back condition.

Officials say an ambulance took him to the University of Miami Hospital where he was pronounced dead around noon.

Officials on both sides of Jamaica‘s political divide are expressing sadness at the news of his death. Prime Minister Portia Simpson Miller says Clarke was a rare politician “who was loved not only by members of his party but people on the other side.”