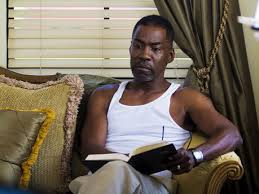 Dubbed the “biggest Jamaican film to come out of the United States Jamaican Mafia is a must-see. The movie features world-famous Jamaican talent” like Paul Campbell, who featured in films such as Shottas and Third World Cop, Fax, and dancehall’s ‘first lady’ Michelle ‘D’Angel’ Downer.

Written by Mykal Fax, the movie chronicles the life of Zoolian Anderson, also known as Zoo-Zoo (played by Fax), who gives up his job in the corporate world for a life of crime following revelations that he is the nephew of a powerful crime boss.

The movie was Produced by Matherson, Griffiths, Dale Foti and directed by Vafomba Donzo of Donzo Productions.