Labour Day 2019 Message from The Most Honourable Andrew Holness, ON, MP Prime Minister of Jamaica

Labour Day 2019 Message from The Leader of the Opposition, Dr. Peter Phillips, MP 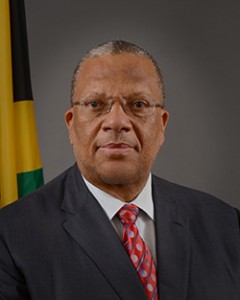 The annual celebration of Labour Day provides the opportunity for us as a nation to appreciate the fundamental contribution of workers to Jamaica’s development.

This year as we celebrate the 80th anniversary of the 1938 Labour Rebellion we recall with gratitude the role that the workers played in challenging colonial rule and ultimately setting the stage for the emergence of the National Movement, which carried Jamaica to independence.

The commitment of the workers to a better Jamaica was evident in the success of the Economic Reform Programme that was launched in 2013. At that time, public sector workers and pensioners voluntarily endured years of wage restraint in order to rescue the economy and lay the foundations for growth.

It is only fair that now that the public debt has been reduced and government revenues improved, that the workers who have sacrificed so much, should get a fair share of the benefits.

Sadly, recent events make it clear that this is not happening. Nothing highlights the plight of workers today more than this trend that has emerged all over the economy, to call full-time workers, in private and public enterprises, contract workers.

We are seeing many employees who go to work in the same company everyday, for years and who have to take instructions from a supervisor, who are full-time employees, in a hotel or factory.
Many of them are called contract workers when in reality they are for practical purposes full-time workers.

These workers are being denied the benefits that have been won over many decades by the Trade Union movement.