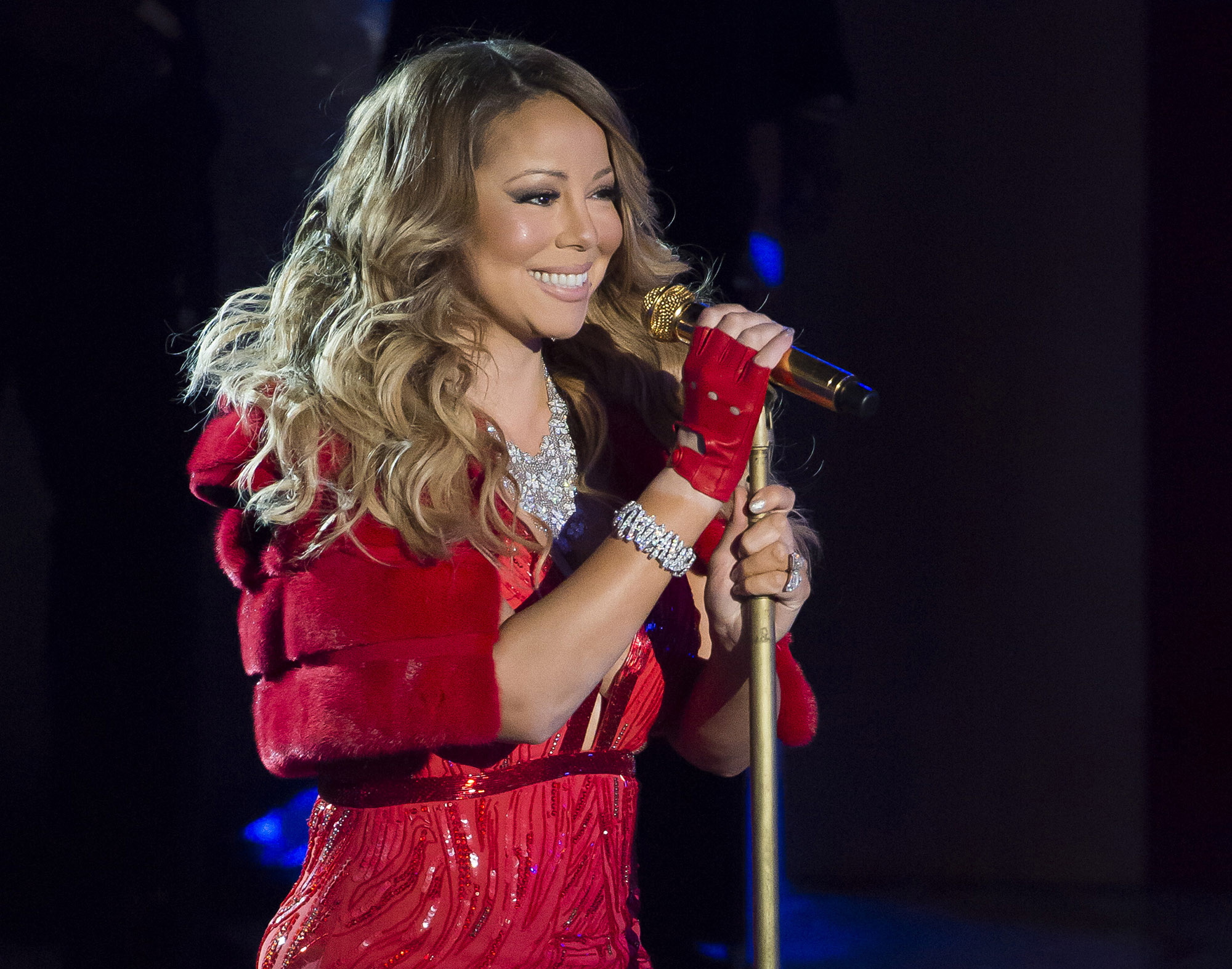 LAS VEGAS _ It only took Mariah Carey placing her hand to one ear for everyone inside The Colosseum at Caesars Palace Wednesday night to know what was coming next.

One of Carey’s characteristically piercing high notes was about to be unleashed.

For each, and there were many, the pop icon received cheers and applause from the crowd gathered for the singer’s opening night of “Mariah #1 to Infinity,” her Las Vegas Strip residency.

Carey’s show catalogues her 18 number one hit singles in chronological order from 1990 to 2008 capping it off with the just released breakup ballad “Infinity” and a confetti-cannon explosion into the crowd.

“You’re going to hear songs that are the soundtrack of your lives all night long,” said Ken Ehrlich, the show’s director on-stage before the curtain raised.

The soundtrack began with “Vision of Love” and Carey, in her first of several glittering gowns, arriving centre stage on a moving platform in between two giant butterflies, the singer’s signature.

Carey said from the stage that she hit the jackpot with her near-capacity opening night crowd that gathered for her nearly two-hour career retrospective.

“I love you more, don’t even try it,” she told one audience member, among many, who shouted messages of love from their seats.

Tickets cost $55 to $250 and Carey is scheduled to perform three nights a week in May and July for a total of 18 shows.

On Wednesday, she walked the crowd through her early career from her first ballads to her cover of The Jackson 5’s “I’ll be There,” joined Wednesday night by a recording of Michael Jackson performing the original and in person by Trey Lorenz who first sang the duet with Carey on MTV’s Unplugged program. Later songs were accompanied by clips from her music videos displayed on a large backdrop.

Later she literally walked through the crowd that had its phones hoisted high as she sang “Always be my baby,” from 1996.

Her on-stage entrances often involved riding in on something be it a pink 1950’s style car (“Dreamlover”), a jetski (for “Honey”) or a round-shaped bed (for “Touch my body”) and the exits entailed walking off stage right or left still singing as the lights dimmed.

A high-energy drum solo and later a flamenco-inspired guitar piece accompanied by a lyrical dance filled time between costume changes that necessitated a lengthier interlude.

When she needed a minor on-stage wardrobe fix, she took it in stride and joked as she reached for a water bottle and spritzed her throat.

“I’m only having a sip, darlings,” she said. “Please don’t hate me because I’m parched.”

Carey’s voice wasn’t always up for hitting the highest notes, opting for a deeper sound at times that wasn’t there when she came to fame in the 1990s.

High notes or note, the fans in the crowd were almost always on their feet.