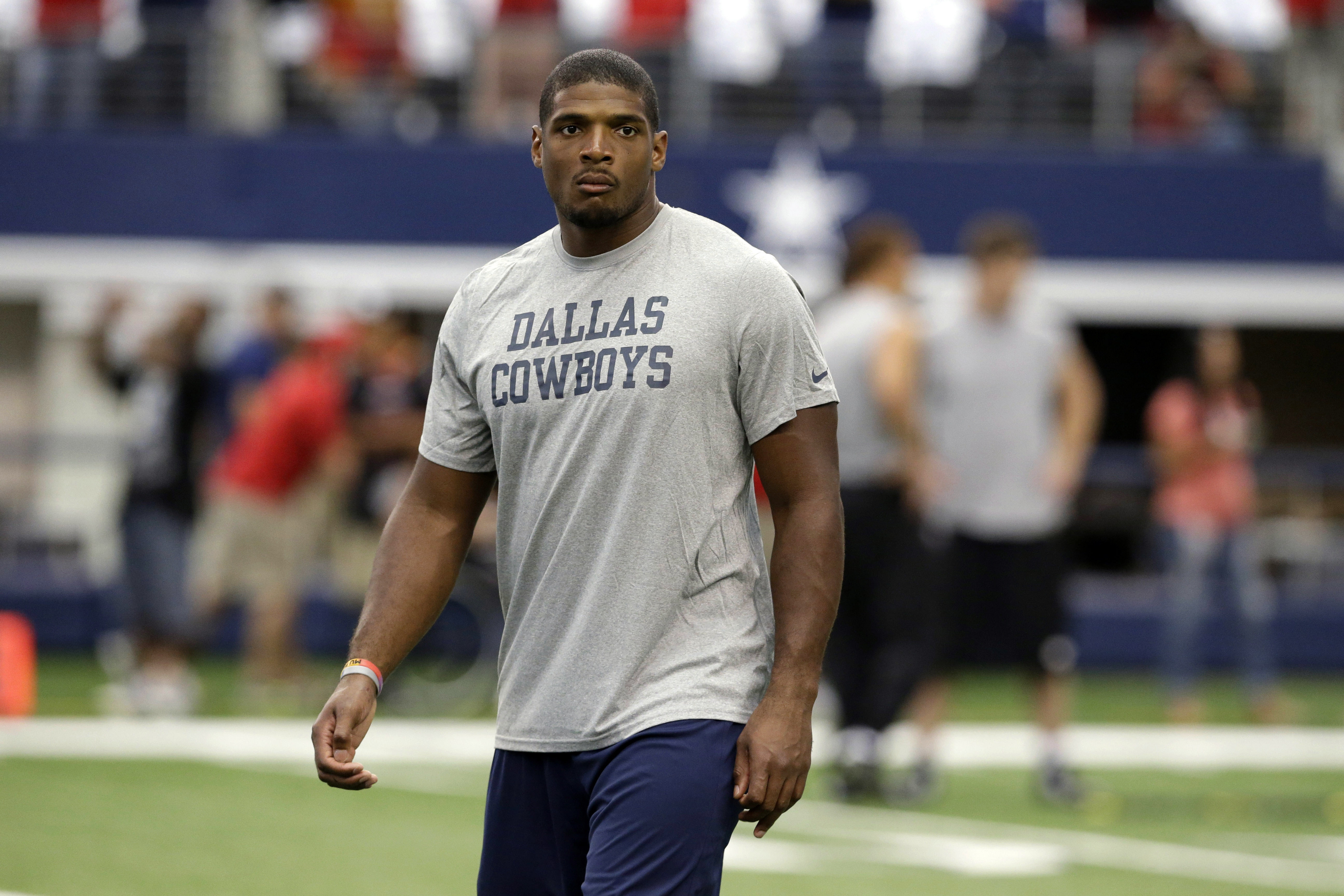 ST. LOUIS _ Michael Sam dismissed the thought that his sexuality has cost him a spot in the NFL.

“I don’t like to think that way,” Sam said in an Oprah Winfrey Network documentary that aired Saturday night. “But I do believe I’m a very talented football player and I’m going to continue working hard and try to get that opportunity to play in the league.”

The first openly gay player drafted in the NFL has no regrets.

Sam said coming out was the right thing to do. He would have preferred the news come out after he informed the team that drafted him, but he feared it would be revealed and felt pressure to control the situation.

The production was billed as the player’s first TV appearance since being cut by the Dallas Cowboys in mid-October and played like a personal “Hard Knocks.” The 90-minute program was followed by a one-on-one with Winfrey, who asked Sam whether he believed sexual orientation is hurting his chances, and how long he’d keep trying.

The documentary details countless anxious hours during the NFL draft, which Sam called “the longest three days of my life.” The New York Jets telephoned his agents to say they weren’t interested, and the Cowboys texted to say they were out, too.

Sam, who rose to stardom after a difficult childhood in tiny Hitchcock, Texas, asked that the sound on the TV be turned down at one point before the St. Louis Rams took him late in the seventh round.

“Am I going undrafted?” a frustrated Sam asked agent Cameron Weiss. “This phone still has not beeped.”

Sam said the reassuring hand of his boyfriend, Vito Cammisano, on his shoulder during the wait to get picked affirmed the decision last February to reveal his sexual orientation to the nation. He informed Missouri coaches and players before his senior season and was the team MVP and SEC co-defensive player of the year.

“In that moment, I was like ‘I don’t care what happens. I made the right choice to come out,”’ Sam said.

Sam broke down in sobs when Rams coach Jeff Fisher telephoned just before the team made him the 249th pick of the 256-pick draft. He had been projected to be chosen as early as the fourth round.

Sam kissed and hugged Cammisano and then the two smashed cake in each other’s faces as a national television audience looked on.

“Some say the kiss, the cake, it was all just too much,” Winfrey said in the voiceover prom for the program.”Some say he wasn’t good enough. Others say he should have never come out, one saying during the introduction to the program that he would be the mother of all distractions.”

Sam called it the “infamous kiss.” He said it was spontaneous and added he’d thought the cameras had been turned off.

“Everyone made a big deal out of it,” Sam said. “It’s just a kiss. Did you forget that I was gay? Should I be kissing a woman instead?”

Sam was among 21 players waived by the team to reach the 53-player limit before the season opener.

Echoing his remarks after making the pick, coach Jeff Fisher said several times it was purely a football decision. The Rams were well-stocked with pass rushers, and undrafted Ethan Westbrooks grabbed the final defensive end spot.

“I will tell you this: I was pulling for Mike,” Fisher said then. “I really was, and I don’t say that very often. Mike came in here and did everything we asked him to do.”

On Twitter, roughly an hour after he was cut, Sam thanked the Rams and the city of St. Louis. He also wrote “The most worthwhile things in life rarely come easy, this is a lesson I’ve always known. The journey continues.”

Sam spent seven weeks on the Cowboys’ practice squad before being released and is currently a free agent.