An Immigration Plan to Grow the Economy

St Mary-born, Jamaican recording artiste, Nakash Diesel is climbing the iTunes Reggae Charts with “Time In Hell”, the title track from his first EP of the same name, Time In Hell. Produced by his management team, Do Di Rite Thing Entertainment in collaboration with Section 1 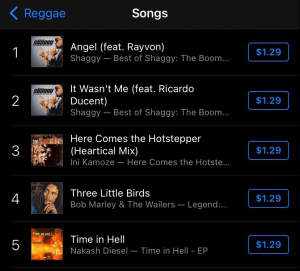 Entertainment the single has reached the number 5 spot as his team woke up on Thursday morning, October 27, 2022.

Nakash Diesel was driving when he got the call on the day and was elated to hear of his 5th place on the chart. Though not number 1 yet, the artiste is hopeful that it will get there so that more people will know who he is. Nakash Diesel and team are utterly grateful for charting and to Ejor Media Group for immensely promoting his song to the masses.

“Time In Hell” has been steadily climbing the iTunes Charts, as it receives heavy rotation on several stations in the United States, Canada, Zimbabwe and Jamaica, including airplay by Action Kwame on WZPP Radio in New York and DJ Tizz on Music Pulse Africa in Zimbabwe. A music video for “Time In Hell” to drop soon while an audio visual for the track is on YouTube.

Nakash Diesel is based in Philadelphia and managed by Do Di Rite Thing Entertainment. “Time In Hell” was released on Friday, August 26, 2022 on all streaming platforms and media outlets via OneRPM. Continue to support the artiste and bring it to number 1 by purchasing the track here: https://music.apple.com/us/album/time-in-hell/1641775004?i=1641775005