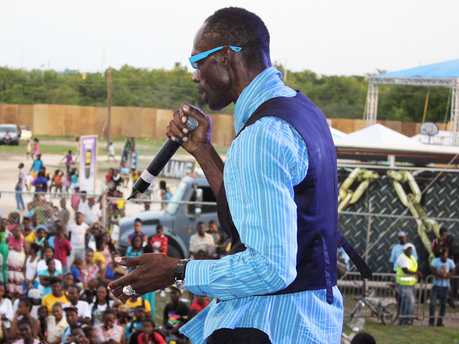 Riding the popularity of his single, Ninja Mi Ninja, produced by Skatta Burrell, veteran dancehall artiste Ninja Man believes he has a lot more to offer to the music industry. According to the artiste, who was introduced to the music scene from the 1980s, his journey has just begun.

“I still have a lot of work to do in dancehall music. Right now, I feel like I haven’t even started yet,” the veteran said.

The artiste was, last year, crowned the greatest clash champion at Jamworld during Sting. He later handed over his clash belt to his protégé and current Sting champion KipRich, saying the artiste was at a mature level and could carry on his legacy.

However, aside from clashing, Ninja Man believes veterans have a responsibility to assist in the overall development of up-and-coming artistes.

“As a veteran in this business, I have a big role to play while I am still active. I have to guide the youths in the business by setting a good example. The best way to do that is by making good music and keeping my performance on a high level so they can see what I am doing and learn from it,” said Ninja Man.

During the latter part of 2012, Ninja Man joined forces with local record label Downsound Records, a collaboration which appears to have brought new life to his career.

Popular songs like Dweet, featuring former Magnum Kings and Queen of Dancehall contestant, Specialist, and Ninja Mi Ninja are the first fruits from that collaboration. Both songs have charted locally and have also earned more than 200,000 views online.

“Since I signed with Downsound, it’s like I am a new artiste. I feel a brand new vibes to work, whether it is in the studio or on stage, and everything has been moving in the right direction. I am just going to keep my focus and work even harder to maintain and surpass my status as a legend in the business,” said Ninja Man.

The artiste believes the song has the potential to cross over into the international market.

“Jamaica Town is a different type of song. It is geared towards the international market. By the sound of it, you can tell, but the message is real. It’s all about Jamaica, and the fans love it. Everywhere I go, people want to hear it,” the iconic entertainer said.

Ninja Man was recently given leave to travel throughout the Caribbean, and is currently negotiating a major European tour, as part of a developing partnership with a Polish agent, Downsound Records, and Contractor’s Marketing.

For the original report go to http://jamaica-gleaner.com/gleaner/20130903/ent/ent1.html