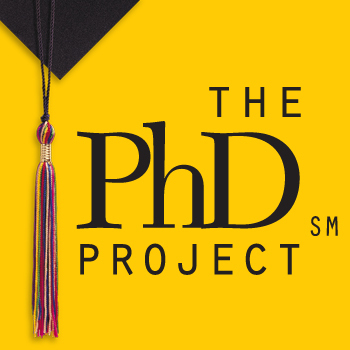 MONTVALE, N.J., Aug. 29, 2017 /PRNewswire/ — The PhD Project, an award-winning program to create diversity in management, today released results of its survey on the representation of African-Americans, Hispanic-Americans and Native Americans on U.S. business school faculties. North Carolina A&T State University had the greatest number of the three underrepresented minority groups on faculty, and Rutgers had the most among all majority-serving institutions.

“The number of underrepresented minority faculty has more than quadrupled since 1994. That is positive news but there is still a long way to go,” said Bernard J. Milano, president of The PhD Project and of KPMG Foundation (founder and lead sponsor of The PhD Project). “We applaud North Carolina A&T for its leadership, and we are encouraged to see three majority-serving institutions on our ‘Top Ten’ list: Rutgers, DePaul, and Texas–Austin.”

Mr. Milano noted that although several institutions have recently announced plans to increase minority faculty hiring university-wide, “Those efforts may increase faculty diversity at the individual colleges, but they do not enlarge the pie for all – they merely shift the location of existing professors from one campus to another.”

The PhD Project is a national program that has increased faculty diversity at hundreds of college and university business schools. It is the only systemic nationwide program aimed at diversifying university faculty. It attracts and enables African-, Hispanic- and Native Americans to choose college teaching as a career, and succeed in the rigorous process of obtaining a PhD which qualifies them to be professors.

The Project attacks the root cause of minority under-representation in corporate jobs: historically, very few minority college students study business as an entrée to a corporate career.  Diversifying the faculty attracts more minorities to study business and better prepares all students to function in a diverse workforce. Since its inception, The PhD Project has been responsible for the increase in the number of minority business professors from 294 to 1,358. An additional 300 minorities are currently enrolled in doctoral programs and will take a place at the front of the classroom over the next few years.