SAINT LUCIA LAUNCHES NEW OPTION FOR ‘LIVE IT’ EXTENDED STAY PROGRAM: MULTIPLE ENTRY UP TO ONE YEAR INVITES VISITORS TO LIVE LIKE A LOCAL

PM Andrew Holness Sends Prayers to the People of Haiti

Jamaica’s Prime Minister Andrew Holness took to twitter to send his prayers to the people of Haiti that experienced a devastating earthquake. The 7.2 magnitude quake on Saturday (August 14) killed at least 1,297 persons after the smoke cleared. A lot of homes and building was destroyed in the area and the hospitals that were still functioning struggle to tend to everyone as 5,700 persons were injured. 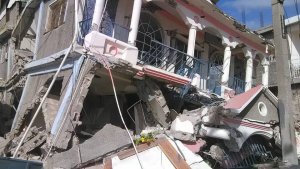 “My prayers are with the people of Haiti and other affected territories who were this morning shaken by a 7.2 magnitude earthquake along the Enriquillo-Plantain Garden Fault,” said PM Andrew Holness.

Haiti has been overwhelmed by so much misfortune, severe economic impact from the COVID-19 pandemic, President Jovenel Moise’s assassination about a month a go leaving the nation in a political crisis and now pending the impact of tropical storm Grace.

Haiti’s Prime Minister Ariel Henry commend the dignity shown by people there even in the midst of their suffering.

“They are affected but resilient. They fight to survive,” he said, thanking international agencies and foreign governments for their support.

Nearby countries, including the Dominican Republic and Mexico, rushed to send desperately needed food and medicines by air and across Haiti’s land border. Colombia sent search and rescue personnel.