Prime Minister, the Most Hon. Andrew Holness, says he intends to make Jamaica the most modern country in the Caribbean by the next 20 years.

“Jamaica must develop…we have lost 40 years,” the Prime Minister said at the ribbon-cutting ceremony for Fontana Pharmacy Waterloo’s branch, in Kingston, on Thursday (October 17). 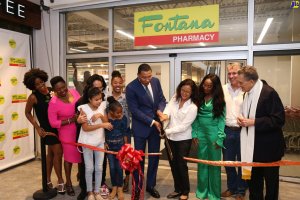 “We have a generation or two that has not benefited and we have to catch up, so that we can help that generation. So, the Government is going to do what it must to ensure that this country is developed,” he said.

The Prime Minister noted that there has been minimal infrastructural development in the country over the last 40 years, and the Government is now intensifying sustainable development.

“For many years, we had literally a disinvestment in our infrastructure. For a period of about 40 years, there was very little investment in infrastructure and in particular, in our buildings, not to mention the investment in the communities that were developed and built in the 50s and 60s, so urban blight set in,” Mr. Holness said.

Consequently, the Prime Minister said many of the country’s structures are now “sick buildings” and face challenges with air quality and are no longer fit for purpose, as they cannot accommodate the administration of private or public sector affairs.

“So, there really needs to be now another phase of construction or the putting up of new buildings, and totally retrofitting the old ones, because what we now have is just simply not adequate to carry the demands of the society,” he noted.

The Prime Minister pointed out that one of the greatest challenges is that the proposition for new buildings often runs into conflict with people’s vision for their community.

“There’s a very palpable tension when we see new development happening versus how people would want to see their community remains,” Mr. Holness said.

He said the debate concerning the different developments will have to be managed, so as not to remain at a stalemate and cripple the society. 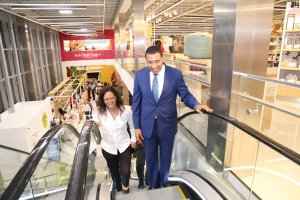 In the meantime, the Prime Minister urged business people who are developing and building not only to ensure that the developments benefit the community, but that their corporate social responsibility component factors in the environment.

Turning to the construction of Fontana’s largest pharmacy, he lauded the owners for their continued development, noting that it is “evidence of buoyancy of Jamaica’s economy.”

The Prime Minister also commended the owners for actualising a vision that hopefully will bring about positive changes regarding developments.

The multi-level facility, which is Fontana’s sixth location and the largest for the 50-year-old company, features an elevator and escalators and  include a state-of-the-art pharmacy, one-stop beauty hub, extensive baby and children’s selections, home décor collection, business centre, photo lab, bill payment, and courier services.