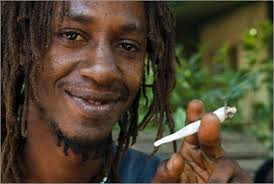 KINGSTON, Jamaica _ Taking a deep draw on a pipe that glows with burning marijuana, reggae luminary Bunny Wailer gives a satisfied grin through a haze of aromatic smoke in his concrete yard painted in the red, green, gold and black colours identified with his Rastafarian faith.

These days, the baritone singer from the legendary Wailers, the group he formed in 1963 with late superstars Bob Marley and Peter Tosh, has reason to feel good. There is unprecedented traction building in Jamaica to decriminalize pot, meaning the dreadlocked Wailer and other adherents of Rastafari _ a homegrown spiritual movement that considers the drug divine _ may soon be able to smoke without fear of arrest.

“Rastas have treated marijuana as something legal all along, even though we have been sent to prison for using the herb in our prayer. But this is the time for all these pressures to stop. The world is catching up now,” the 67-year-old three-time Grammy winner said at his modest Kingston home.

Jamaica is known internationally for its marijuana. The hardy plant grows easily on the tropical Caribbean island, where its use is culturally entrenched despite being legally banned for 100 years. Cultivation is kept hidden, with small patches tucked into mountainsides, in swamps and between rows of other crops. Wailer, himself, was convicted of possession in 1967 and did more than a year of hard labour.

Previous moves to decriminalize the drug failed to advance mainly because officials feared they would violate international treaties and bring sanctions from Washington. But now, with a number of U.S. states relaxing their marijuana laws _ Colorado and Washington even allow recreational use _ Jamaica is rethinking its position.

Justice Minister Mark Golding says Jamaica‘s Cabinet has approved a plan to decriminalize marijuana, including for religious purposes, and legislators are expected to authorize it before the end of the year.

Freedom to use marijuana for religious worship is one of various amendments to Jamaica‘s Dangerous Drugs Act supported by Prime Minister Portia Simpson Miller’s administration. Her ministers also have proposed unclogging courts by decriminalizing small amounts of weed for personal use, making possession of 2 ounces or less a ticketable offence. The main hope is that a regulated medical marijuana and scientific research sector could help draw investments to the cash-strapped island, which is labouring under its latest loan program with the International Monetary Fund.

“Ganja,” as marijuana is known locally, has a long history on the island. It was introduced to Jamaica in the 19th century by Indian indentured servants and it gained popularity as a medicinal herb. Use spread among the poor in the 1930s with the founding of Rastafari, a spiritual movement that melds Old Testament teachings and Pan-Africanism and whose followers worship the late Ethiopian Emperor Haile Selassie.

Rasta adherents say use of the “holy herb” induces a meditative state that brings them closer to the divine. The faithful smoke it as a sacrament in chalice pipes or cigarettes called “spliffs,” add it to vegetarian stews, and place it in fires as a burnt offering.

For years, Rastafarians were treated as second-class citizens and looked down upon by many Jamaicans as oddball, even dangerous drug-addled cultists. Police shooting ranges once had images of dreadlocked Rastas as targets. The spiritual movement attracts only a small percentage of the country’s mostly Christian population of 2.7 million.

It wasn’t until the 1970s, when the Wailers and other Rasta musicians popularized the Rastafarian culture among better-off Jamaicans, that marijuana’s popularity began to filter through the island’s rigid class structure and gain a wider acceptance. Marley’s worldwide popularity has made him Jamaica‘s most famous and revered son.

While Rastafari followers tend to disdain government initiatives, for many, Jamaica‘s decriminalization plans signal a crucial victory after decades of struggle.

The momentum building “presents a major step forward for the recognition of the religious rights and expression of Rastafari,” said Anta Anthony Merritt, a Rastafarian priest who is a faculty member at San Diego State University.

Even if the current proposals fall short of the full legalization Rastas long have sought, they are welcomed by many, said Priest Dermot Fagan, leader of a small sect in an isolated commune in the Blue Mountains that tower over Kingston.

“We are thankful for the coming changes and, yes, some of the pressures will be eased. But we can’t forget the destruction, the mayhem that has been caused by the persecution of this divine herb,” said Fagan, waving his hands for emphasis on a balcony overlooking the School of Vision retreat, a place where Rasta mysticism brushes against the realities of modern life.

Researchers who study the movement are curious about how decriminalization for Rastafari will play out. For now, there are a lot of unanswered questions. Ennis Edmonds, an associate professor of religious studies at Ohio’s Kenyon College whose publications focus on Rastafari, said determining what is religious use in Jamaica will not be easy. There’s essentially no formal church, organized conversion process and few places of communal gathering. An individual Rasta’s personal relationship with “Jah,” or God, is considered central to the faith.

“Most ritual smoking does not take place in official places of worship, but in people’s yards and on street corners. Can a single Rasta smoking a spliff in any location claim religious use privileges?” Edmonds asked.

But for Wailer, the time is clearly ripe for change in “Babylon,” the unflattering Rasta term for the Western world.

“Rastas have gone through a lot of hassles for years, getting criminalized and locked up for using the herb. But things are changing because ganja is what the world needs now,” Wailer said, before taking another appreciative toke from his pipe.