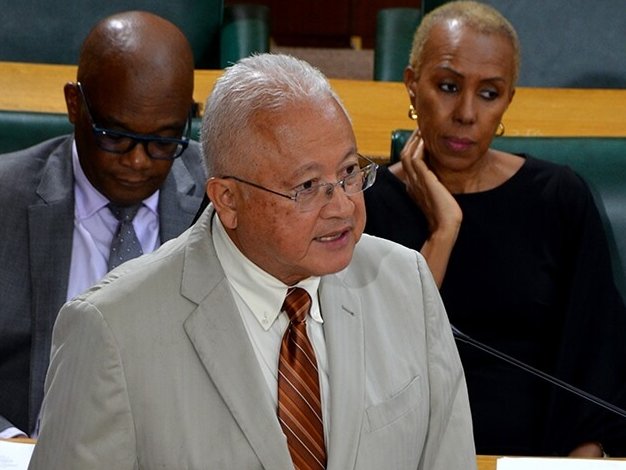 Minister of Justice, Hon. Delroy Chuck, opens the debate on the Report of the Joint Select Committee appointed to complete the review of the Sexual Offences Act in the House of Representatives on Tuesday (October 1).

A parliamentary committee has recommended that it should be made mandatory for sex offenders who have relocated or returned to the island to register in the Sex Offender Registry in Jamaica.

Failure to register will constitute an offence, which may be punishable by imprisonment.

Minister of Justice, Hon. Delroy Chuck, made the disclosure as he opened debate in the House of Representatives on Tuesday (October 1), on the Report of the Joint Select Committee appointed to complete the review of the Sexual Offences Act, the Offences against the Person Act, The Domestic Violence Act and the Child Care and Protection Act.

“Accordingly, it was determined that the committee did not have the power to effect that amendment or to recommend it and that the matter should properly be considered by Parliament,” he said.

“This Government has given its commitment to invoking a referendum on the matter; however, I am urging my colleagues in this House to carefully consider the issue and make their recommendations. This also applies to abortion,” he noted.

In relation to HIV, the committee recommended that it should be a criminal offence for someone to wilfully or recklessly infect a partner with any sexually transmissible disease that can inflict serious bodily harm to that partner, but like the issue of abortion, should be considered by Parliament as a whole.

Mr. Chuck said the intention is to clarify the law by codifying the common law position.

Regarding marital rape, section five of the Sexual Offences Act provides that certain conditions must be met before it is determined that a husband can rape his wife.

Mr. Chuck said the committee recommended that those conditions must be removed to retain one qualification for rape that is non-consensual sex.

On the matter of age of consent, the members were of the view that this should remain at 16 and a provision included in the law to prevent the criminalisation of children, where they willingly engage in sexual activities with each other.

Mr. Chuck said it was proposed that the penalties for offences in all four pieces of legislation should be reviewed and increased to make them a deterrent. It is also proposed that a new offence of stalking should be created.

For the Domestic Violence Act, the Justice Minister said the committee recommended a separate, Joint Select Committee of Parliament should be established to carry out a comprehensive review of the Act.

Debate was suspended on the Report.