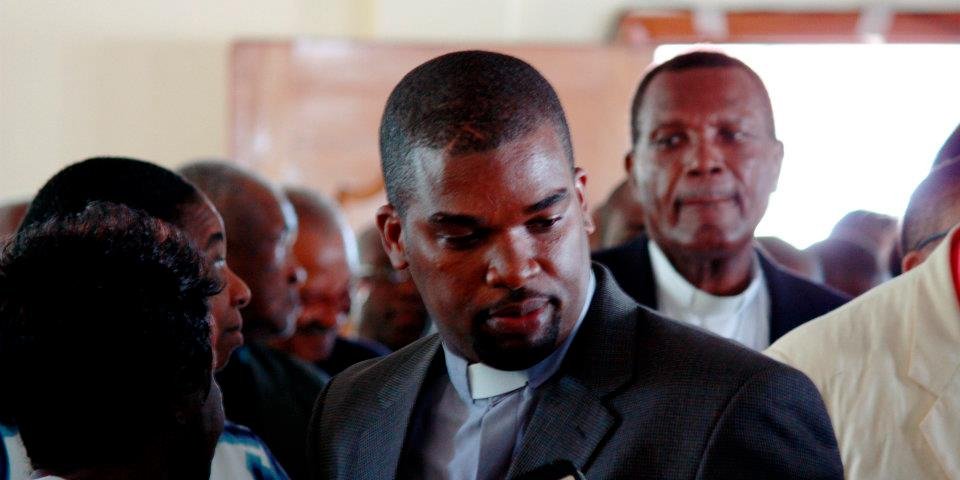 REV DEVERE NUGENT, who accepted the call of God to serve at East Queen Street, served the William Knibb Circuit of Baptist Churches in Trelawny for a 14-year period. Prior to William Knibb, the Justice of the Peace served at St Leonard’s Circuit in Westmoreland.

The outspoken and fiery pastor preached his last sermon as pastor on September 6 to a silent and tearful congregation. Many cried openly during and after the service. Rev Nugent, after regaining his composure, said, “I know that I am going into a tough area, but I grew up tough in Sherwood Content in the parish”. Rev Nugent, when asked a year ago about his favorite Bible verses, highlighted “I can do all things through Christ who strengthens me’. He also likes the Bible verse which says, ‘It’s not by might or by power, but by my Spirit, says the Lord’.

The 44 year-old charismatic pastor, who will soon complete doctoral studies, said prior to him being saved, he was a talkative individual whose mother, not knowingly, declared he would have been a chatterbox; but the Baptist pastor believes that he is indeed a chatterbox, because he does speak a lot, especially about God.

A graduate of William Knibb High School and United Theological College of the West Indies, is expected to preach his first sermon as pastor to a welcoming warm congregation at one of the oldest baptist churches in Jamaica on October 6 during the 10am Morning Worship Service. The Circuit comprises three Churches in inner-city Kingston:  East Queen Street, Denham Town and Delacree Park.

After the retirement of Rev Dr Roy James Henry, OD a few years ago, who served with distinction for close to 30 years as Pastor of the Circuit, the Jamaica Baptist Union, JBU assigned two Moderators to give oversight to the Church. These senior pastors included Rev Dr Glenroy Lalor and Rev Michael Shim-Hue who have been commended for the leadership given during their tenure.

Part of the legacy work of Rev Nugent at William Knibb Circuit are the purchase of a new manse and the vast Education Centre Ministry erection and programme offerings.

Rev Nugent gets along well with all ages and has a passion for youth and evangelism. He has been known as a great teacher and preacher of the Word. He often shares on Christ For Today, a programme of the JBU on RJ94.5FM, Sundays at 6am along with his regular Bible Study programme on Fit FM 96.7FM, a community radio station in Clarke’s Town in Trelawny owned by well-known Baptist and Media Practitioner Mrs Julia Meikle-BenNjah.

Dr Lisabeth Crossman-Nugent, a Consultant Psychiatrist and wife of Rev Nugent, both share parenting of five children. Dr Crossman-Nugent, a retired Baptist Minister’s daughter, is seasoned as a pastor’s wife and will certainly add to her husband’s call to Ministry at the over 200 year-old Church.

God’s abundant blessing be on the new pastor, his wife, children and the congregations of the East Queen Street Circuit of Baptist Churches. 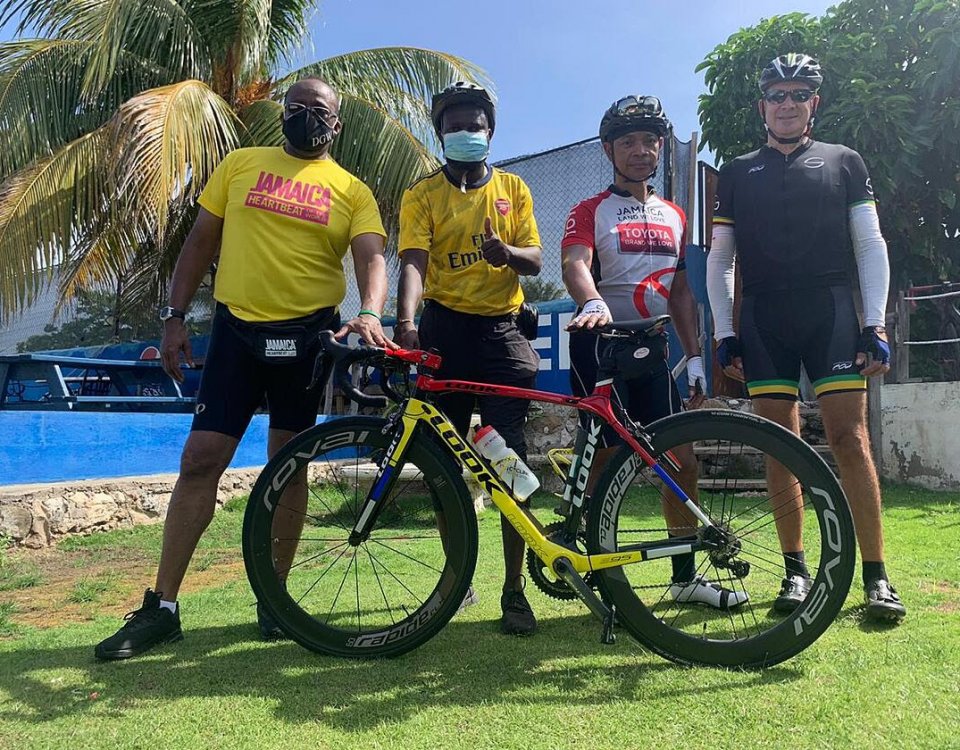 Above: Jamaica’s Director of Tourism, Donovan White (far left) stopping for a photo with his fellow cyclists.