Millennial Women Have Yet to Recover from the Great Recession 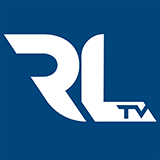 BALTIMORE, Aug. 31, 2017 /PRNewswire/ — RLTV announced the premiere of its new syndicated special EmPower Lunch. The RLTV-commissioned show brings together successful women at a ‘power lunch’ to discuss business insight, entrepreneurship, and the value of relationships, fashion, food and fun.

In the premiere episode, Creator and Host Nicole Valentine interviews Actress, Rapper and CEO MC Lyte (the first female solo rapper ever nominated for a Grammy) and Dr. Bernice King, Minister and CEO of The King Center, which welcomes nearly one million visitors annually.

“I’m honored that I am able to give a voice to powerful women playmakers,” said Valentine. “Their stories of professional successes and personal growth are tremendously inspiring.”

The special is premiering at 5:00PM ET on Saturday on Dish Network’s Sky Angel Channel, on Sunday at 3:00PM ET on ABC 7 in New York, and throughout the month in select markets nationwide. Check your local listings for stations, dates, and times.

About RLTV
The only cable network and online destination created specifically for adults 50+, RLTV (www.rl.tv) offers unique, inspiring programming that focuses on topics that matter to Generation 50+, from relationships, reinvention, rediscovering passions, to finances, health, and current events.

About Nicole Valentine
Host Nicole Valentine is a fourth generation entrepreneur. Valentine, an attorney and business strategist, advises CEOs and Innovation Leads at Fortune 500 companies, small businesses and non-profits through game-changing deals and growth opportunities. She is a “Woman in Tech to Watch” with her Winly business strategy and growth platform for entrepreneurs. Learn more about Nicole at www.synergybd.co and www.nicolevalentine.tv.