Appleton ‘Win a special Christmas’ winner to be announced 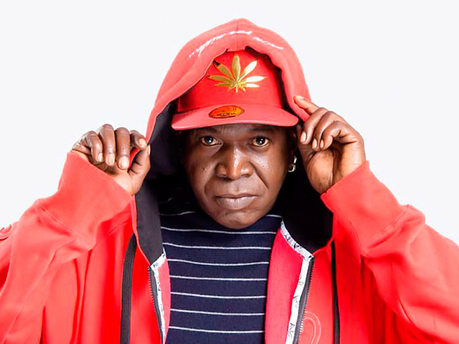 Reggae superstar Barrington Levy is pleased with response to his latest single, Rosie, which hit FM radio a few days ago. It was officially released on January 1 on his Black Roses Entertainment label.

“The new single, Rosie, premiered on IRIE FM shortly after 12 midnight on January 1 and the feedback has been tremendous so far, very positive,” he said.

Levy noted that the song is a part two to his seminal hit, Black Roses.

“The story continues. I wrote the song recently as a follow-up to Black Roses. You see, Black Roses was about travelling the world and never seeing a black rose, something special in my garden. Now, Rosie is that special girl who comes into my life with ignorance when I am looking for romance and how I lay down the rules for her, threatening to lock her off if she doesn’t change,” Levy said.

This is not the first time that the man known as ‘Mellow Canary’ has sung about a character named Rosie. In one of his biggest international hits, Here I Come (Broader than Broadway) , he sings: “On the intercom Rosie tell me to come/Say she didn’t have a daughter she did have a son … Cause you are old and I am young/Yes while I’m young yes I want to have some fun.”

“This is a different Rosie,” Levy said, laughing.

Given the huge response to the single, Levy is pushing ahead with plans to shoot a video for the project on January 10. “I am calling all models, dancers, actors, and actresses. I am making a video called Rosie. Also, we are looking for a young female who would play the lead role,” he said.

The video will be directed by Team Roses and Allison McLean.

Levy has been resurgent since his International Night 1 performance on last year’s Reggae Sumfest was one of the festival’s highlights. He released a single, Love the Way She Love with Mr Vegas, his first in 15 years sinceLiving Dangerously with Bounty Killer.

“Internationally, my fans on Twitter and Facebook have been responding to the single. Things are looking up. Team Roses is putting the song out there. Handel Tucker is a key member of the team and General Daddy Biggs of Platinum Camp is leading the push in the USA,” Levy said.

For the original report go to http://jamaica-gleaner.com/gleaner/20140107/ent/ent2.html